After unveiling its flagship 5G phone this year, iQOO is now gearing up for a launch of a quasi-flagship, the iQOO Neo 3. The company has just shared a teaser of the launch date, which is April 23, on social media today. The Neo version of iQOO phones usually comes with some compromises, but it seems that the iQOO Neo 3 could trump its bigger sibling in at least one way – high refresh rate.

Usually, when you see a teaser, you know you’ve seen one. However, with the iQOO Neo 3, the brand did it in a very unusual fashion. The teaser images posted here you see are from a game called “Blue Factory”. And the launch date was revealed inside the game, screenshots of which have been posted here. Note that the name “Blue Factory” here is a Google Translate output. 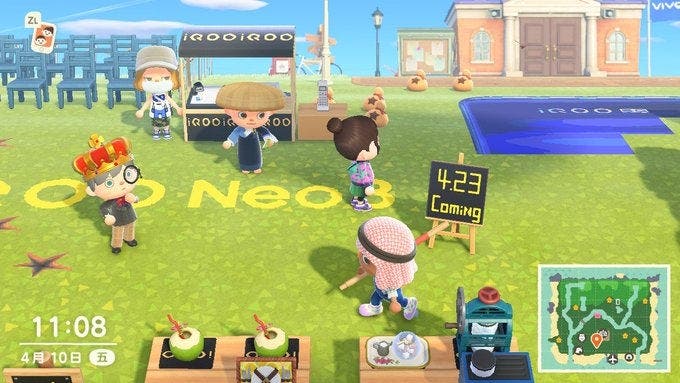 Last month, the first teaser suggested that the iQOO Neo 3 will debut with a high-refresh-rate display. This was then backed by leaked screenshots of the alleged phone showing a customizable 120Hz panel. This is interesting since the iQOO 3 itself doesn’t have a high screen refresh rate. Besides that, it’s also likely that the upcoming handset will be equipped with a Snapdragon 865 SoC.

iQOO has now also set its foot on the Indian peninsula just last month, and there have been murmurs that the company plans to bring a Neo handset to the new market too. It remains to be seen if that is the last year Neo model or this new one.

Next Nintendo Doesn't Recommend To Wipe Switch With Alcohol