We already know that the OPPO Reno 5 series models will hit the market on December 10. According to some sources, this series will use luminous materials on smartphones for the first time, with extremely high recognition. 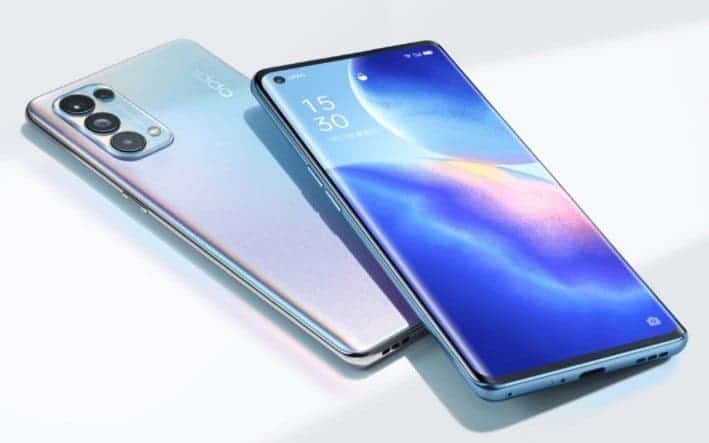 Among various models, the OPPO Reno 5 should adopt a straight-face screen design and the OPPO Reno 5 Pro will come with a curved screen. Both will offer three colors: Starry Night, Moonlight Black and Aurora Blue.

By the way, the previous Reno 4 products use the Reno Glow crystal diamond technology. The back shell of the Reno4 Pro has more than 1 million diamond-shaped three-dimensional crystal faces densely distributed. In this regard, the forthcoming Reno 5 will have larger and more regular crystals. This also means that the appearance of the new machine should be more textured.

Yesterday, OPPO’s official Weibo channel posted a number of promo videos with Chinese celebs. But while many are watching those videos just as a promo ‘material’, we have focused on a few things.

First, the video shows exquisite portrait contours and non-marking skin. We think the video suggests that the new Reno 5 series can achieve the functions of removing wrinkles and smoothing skin.

It is worth noting that the celeb in the video raised the star diamond craft smartphone. So it seems to imply that the smartphone can also achieve a shiny glow effect in the dark. Nothing identical has been seen in the previous smartphones.

The third video shows the natural and translucent ‘high light skin’ makeup. The portrait video shooting of the new smartphone should achieve a one-click ‘brightening and highlighting’ beauty effect.

In the fourth video, the star’s makeup effect has a clear and rosy skin with a sense of vitality. This may imply that the Reno 5 can optimize the nude makeup effect of the skin in real time.

In the fifth video, in addition to the beauty effect of the skin, the OPPO Reno 5 may be optimized from the dimension of the contour to create a three-dimensional face and shape the contour line.