A new April 2020 security patch is being rolled out to the Galaxy M31 in India that is bricking some units. Many users have took to Twitter to complain about the grave issue this weekend. There couldn’t have been a worse time for this to happen as most of India is under lockdown and some areas even sealed to contain the COVID-19 outbreak. And it is presumed that the lockdown could even be extended by two more weeks at least, if not more. 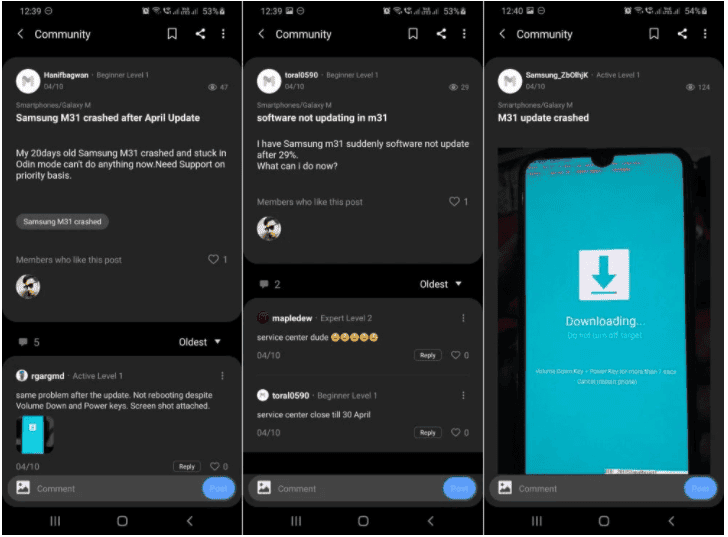 As reported by Sammobile, not all units are getting bricked as the portal was able to update their own without issues. A safer way to install the update would be to use download it from Sammobile’s firmware archive and flash it manually using a Windows PC, but I would suggest not updating at all right now, to be 100% safe.

Samsung hasn’t reacted to the issue yet but the company will have to do something soon as many users might end up with bricked devices. The ideal route right now would be to halt the OTA in its tracks.

It seems Samsung’s mass-upgrade plan to Android 10 is allowing some big bugs to also slip through security.

Next New Realme 5G device spotted on the 3C database