Yesterday, Chinese manufacturer, Meizu, announced that it will host the Meizu 17 mSmart 5G fast and stable technology sharing meeting online at 14:30 on April 17th. This sparked speculations that Meizu 17 will arrive on April 17. However, it appears that this may not be the case as Meizu shares more details about the meeting. Following yesterday’s announcement, Meizu officials once again shared teasers of the upcoming Meizu 17 series on Weibo. The posters seems to suggest that this smartphone comes with an excellent battery life. 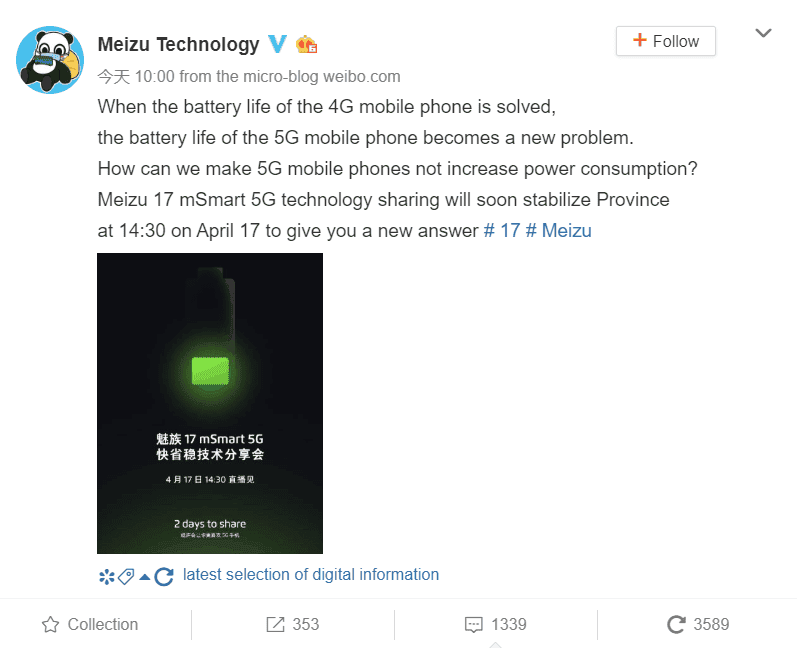 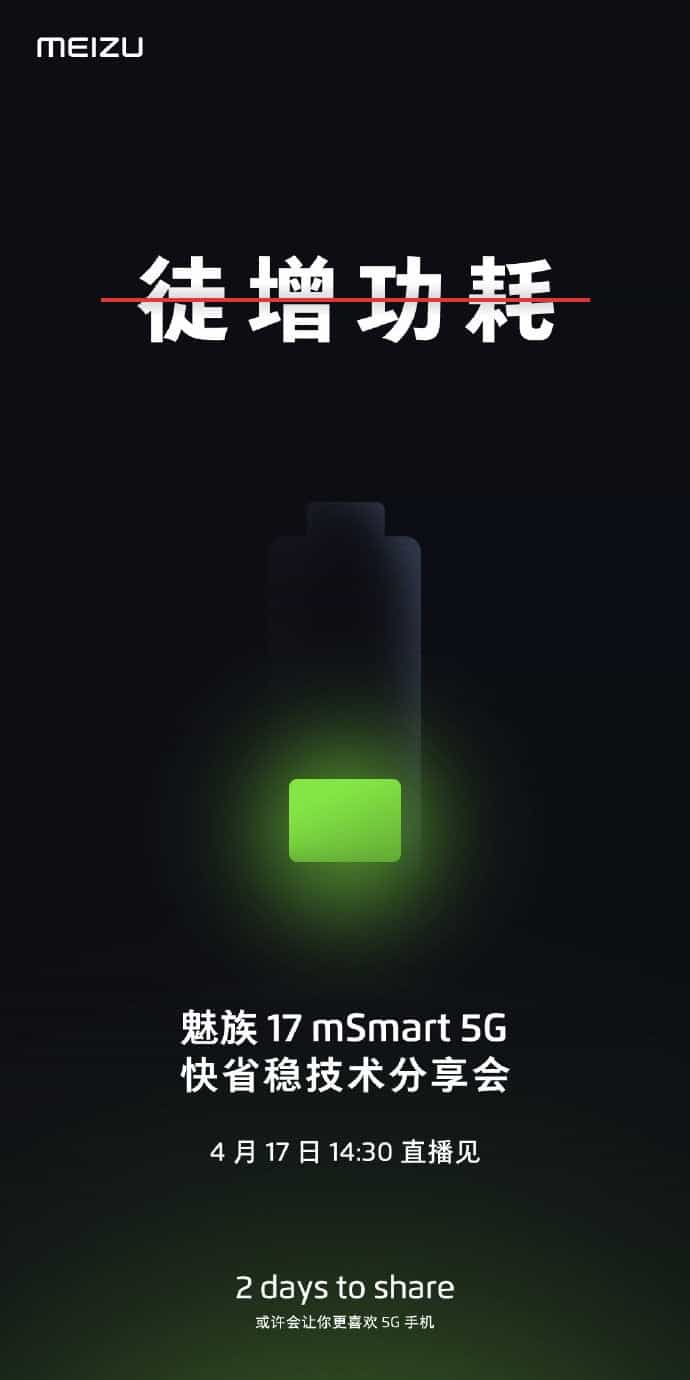 Previously, Lu Weibing, general manager of the Redmi brand had his say on 5G phone power consumption. He believes that when 5G phones are fully developed, the power consumption is about 20% higher than that of 4G mobile phones. Therefore, it is a basic condition for 5G flagship mobile phones to come with large-capacity batteries. However, it now appears that Meizu’s latest technology can make 5G mobile phones use less power.

When it comes to battery life, both Meizu 17 and Meizu 17 Pro charging heads have passed 3C certification. The certification shows that the former supports 30W fast charging, and the latter 40W. According to the current information, Meizu 17 will come with a Snapdragon 865 5G processor, LPDDR 5 memory, UFS 3.0 flash memory. Furthermore, the display is a 6.5-inch 90Hz AMOLED screen with an optical on-screen fingerprint sensor. This smartphone comes with a quad-rear camera and a 4500 mAh large battery capacity. It also comes with a horizontal linear motor, dual stereo speakers and other configurations.