Just over a month back, Apple launched the much awaited iPhone SE 2020. The smartphone is part of Apple’s more affordable “SE”  lineup with the goal of bringing top notch performance while lowering the entry price. 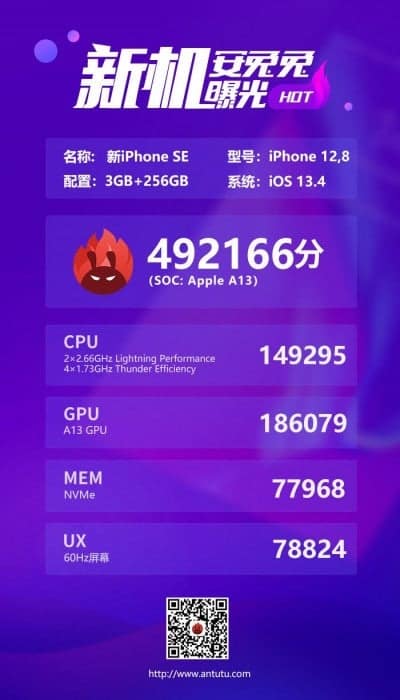 Now, according to the latest results coming from the renown benchmark platform AnTuTu, the price might not be the only thing that was reduced. AnTuTu did indeed release the score for the latest iPhone SE 2020 and it does not look that promising.

As we can see in the image above, the smartphone managed to achieve a total of 492166 points; which does sound like a lot but it really isn’t when compared to other Apple A13 Bionic chip equipped iPhones. 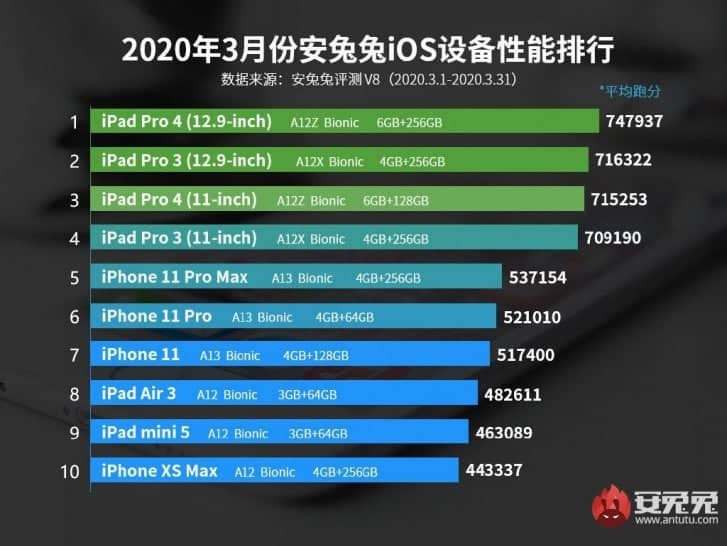 This other image does in fact show the AnTuTu scores of a bunch of Apple devices, ranging from 443k to 747k. But let’s only take into consideration the ones powered by the A3 Bionic; the iPhone 11 Pro, iPhone 11 Pro Max and iPhone 11. These three handsets all scored above 517k points on AnTuTu, while – as we just saw – the iPhone SE 2020 only scored 492k.

As a matter of fact, the newest iPhone scored very similar to the iPad Air 3 boasting the older A12 Bionic chip. How’s that possible? Well, according to GSMArena, the iPhone SE 2020 might be running the A13 Bionic but at a lower clock; thus the worse results.

Which begs the question: why would Apple lower the clock on their device? May that have anything to do with the extremely small battery we find on the device? While we wait for Apple’s official answer – if there’s ever going to be one – let’s go with this latest hypothesis.

Previous Amazfit Bip Lite 1S: smartwatch with a month of autonomy will arrive on April 30th