Chinese manufacturing giant, Xiaomi, has officially announced that the MIUI 12 system will arrive on April 27. Since the company stopped releasing beta updates for MIUI 11, there have been a series of speculations regarding MIUI 12. However, the days of speculations are over and Xiaomi is now officially teasing MIUI 12 features. 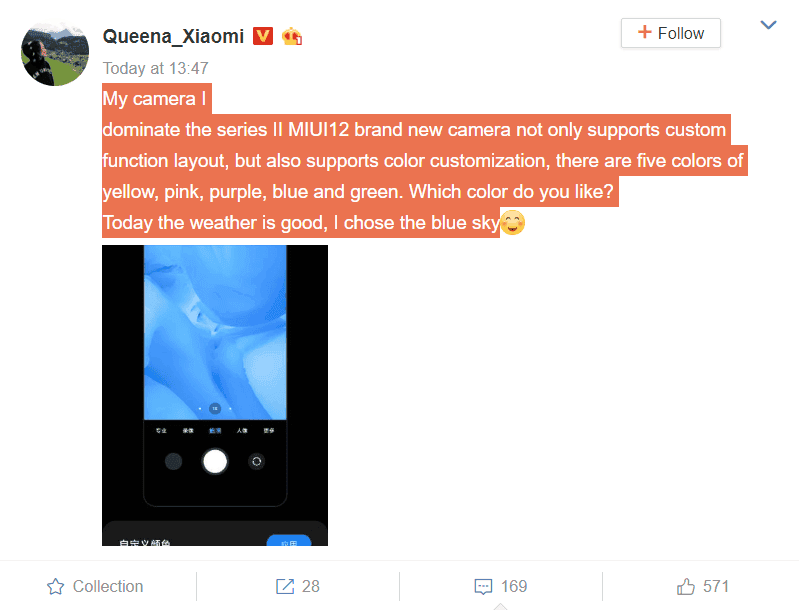 In recent times, we have seen a lot of speculation regarding the MIUI12 system. Xiaomi will add a lot of features to make this system better and more secure. Presently, there is an unofficial app which users use to check if their device is eligible for the MIUI 12 update. However, we can not really trust the output of the app.

Also, Xiaomi will add a system-wide Dark Mode 2.0 feature. This is an upgrade to the Dark Mode 1.0 on MIUI 11. Xiaomi’s latest system will also support Vientiane Screen and its AOD (Always-On-Display) supports non-linear animations. Furthermore, the company promises that it has over 1000 third-party animated AOD styles.

Xiaomi’s latest system even got certified by German TÜV Rheinland. According to Xiaomi, MIUI 12 privacy protection technology is the company’s self-developed open-source program called  “MACE” (Mobile AI Compute Engine). MACE is an AI framework and it is specifically for mobile devices.

The Xiaomi privacy brand which consists of the unique differential privacy and MACE technology will make Xiaomi’s new system highly secure. This system will focus on the privacy protection of users. What do you think about MIUI’s latest system? Let us know your thoughts in the comment section below

Previous Redmi 10x Coming: Passed Though A Couple Of Certifications