Honor’s president Zhao Ming revealed the new Honor X10 branding at GMIC yesterday and said that it will take a leap into affordable 5G line of smartphones. The moniker has been flipped as the current model is known as Honor 9X. Now, a fresh TENAA entry has just popped up with its specifications and images. And it looks like a launch is close.

Going into the details, this Honor device codenamed “Teller” had already visited the 3C certification last month.  The recent TENAA listings with models TEL-AN00, TEL-AN00a and TEL-TN00 could be the Honor X10 series. The listing further details the dimensions of the phone as 63.7 x 76.5 x 8.8mm. It will have a 6.63-inch notch-less display. Rumours say that the Honor X10 will be an IPS LCD display with a pop-up selfie camera. 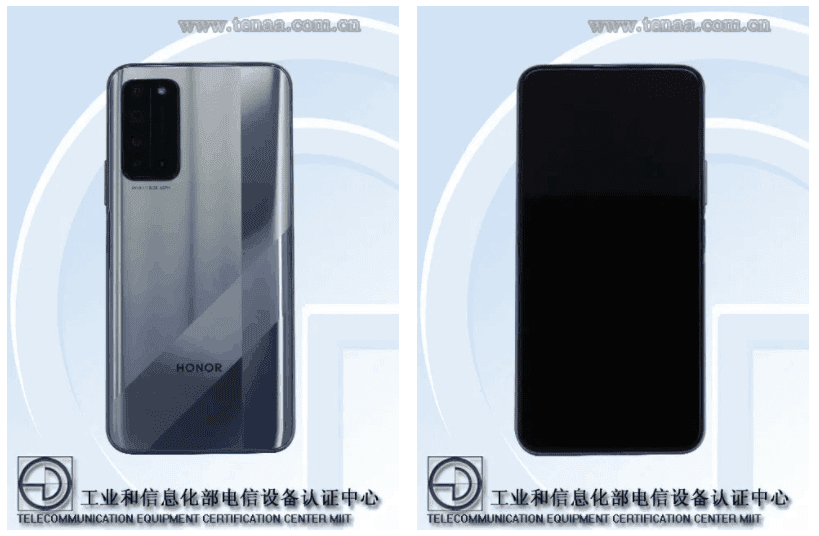 Looking at the images surfaced on TENAA, the rear has a quad-camera set up in a rectangular housing with a flashlight.  The right side of the phone has volume buttons along with a power button which has a fingerprint sensor built-in. There is a speaker grill at the top of the screen. However, the bottom of the display with ports and SIM card slots is not visible.

The Honor X10 is rumored to be sporting a Kirin 820 5G SoC. The battery capacity is 4200mAh with support for 22.5W fast charging as revealed by the 3C certification earlier. If we recall, the earlier Honor 9X came with a similar design and a side-mounted fingerprint sensor. The model released in china was quite powerful with Kirin 810 SoC however, the global variant had a less powerful Kirin 710F chipset.

The price of the device could very well be under CNY2000($282) since the President of Honor has said the device will be more affordable compared to its 5G counterparts. Going by the latest listing, the phone is expected to go commercial as early as May.