The use of Facebook services experienced a huge increase during the confinement: record number of users, increase in video calls and live videos, and turnover in strong growth.

Containment measures have forced the majority of the world’s population to stay at home, which has increased the use of social media. Facebook CEO Mark Zuckerberg said there was a significant increase in the use of their services during this global “lockdown”.

In the past month, more than 3 billion Internet users have connected to at least one of the services of the Silicon Valley giant. This figure includes users of social networks Facebook and Instagram but also those of WhatsApp and Messenger.

3 billion users, this corresponds to around two-thirds of the total number of Internet users worldwide. This is a record number for the company. Because the average number of monthly active users was 2.6 billion in the first quarter. 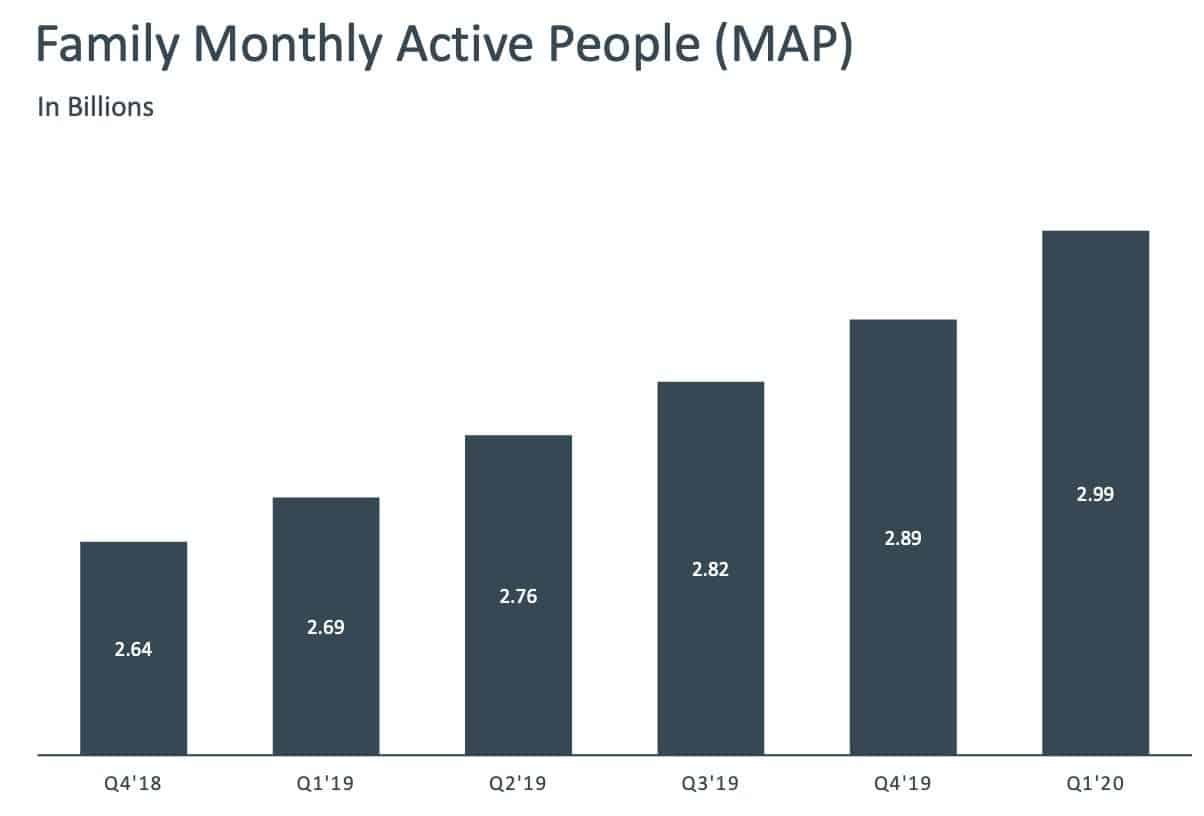 The company has just announced its first-quarter results: $17.74 billion in revenue earned during the quarter, up from $15.08 billion a year ago.

The use of Facebook services has increased significantly. But at the end of the quarter, a significant drop should be noted for advertisers and associated advertisements.

Marc Zuckerberg reveals that the use of voice and video calls has doubled. In addition to the number of views on Facebook and Instagram lives. Despite competition from Zoom or Teams, group video calls have increased by 1,000% in recent weeks.

To meet the high demand for these services, Facebook has, in particular, set up Messenger Rooms to allow group calls up to 50 people.  The service is linked to the Messenger application, from which the user can launch a videoconference.

Once you create the videoconference, it is possible to share an invitation to join it on Facebook through the news feed, groups or events, or by sharing a link for people who do not have Facebook accounts.

Previous Unlocking the iPhone while wearing a mask will be easier thanks to iOS 13.5