Therefore, Xiaomi may have replaced the original 64MP Sony IMX686 sensor of the Redmi K30 series with a 48MP Samsung / Sony module to further reduce costs. This device will be the most affordable 5G phone in the Redmi K30 series. 5G has come and smartphone manufacturers believe that target for the market soon. There is currently a plan to rapidly promote the expansion of 5G users. The best way to do this is to develop affordable 5G phones which can sell for 1000 yuan ($141) or less. This is the target of Xiaomi and it is using its Redmi brand to achieve the target. 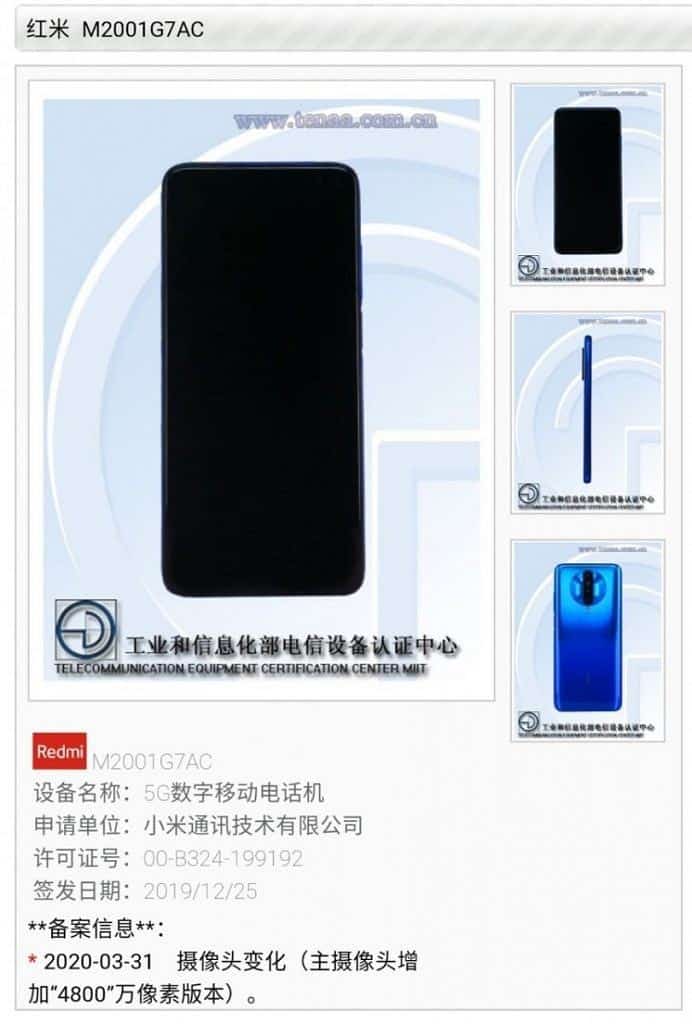 According to initial reports, the Redmi K30i 5G phone will officially debut at the end of April. However, this did not happen. Although the Redmi K30i will be the cheapest 5G phone in the K30 series, it will not be as low as 1000 yuan ($141). We have information that this smartphone is only slightly different from the Redmi K30 5G. It uses a 48MP main camera while the K30 5G comes with a 64MP main shooter. The rest of the configuration remains the same and the final price is 1799 yuan (254).

Read Also:  Redmi 11 5G will be released in India as early as next month

It is worth noting that an internal document exposure also revealed that Xiaomi will launch a new 5G smartphone. This device will come with a 1599 yuan ($226) price tag and will arrive in June. This phone is likely to be the Redmi Note 9 series.

Next OnePlus 8/8 Pro: no green display anymore with OxygenOS 10.5.6