Goldman Sachs has estimated that if the new iPhone is released until November, it may cause a revenue loss of approximately $18 billion. Thus, it will make Apple iPhone sales decrease by 14% year-on-year.

Many Apple observers also expect the Cupertino-based company to make major design adjustments to the iPhone. So it will also be the first design innovation since the iPhone X came out in 2017.

Will Apple Delay The New iPhone?

Apple may be considering postponing the launch of the new iPhone. Employees at the company’s Silicon Valley headquarters have to work from home. This poses a series of challenges for Apple’s heavily-guarded product development process. The complex supply chain that the company depends on has slowed down. In addition, even if Apple can produce the iPhone on time, the global economic downturn means that many potential buyers will hold their wallets tight. 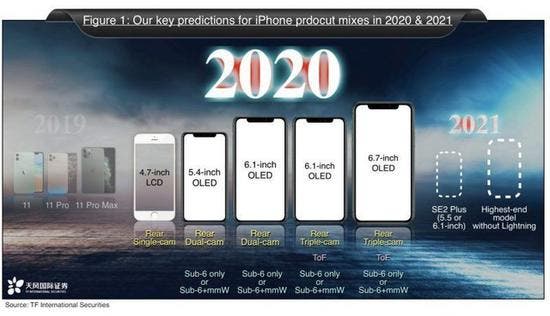 David Collins, a former Foxconn executive and head of manufacturing consulting firm CMC, said that Foxconn and another manufacturing company Wistron, which is partnering with Apple, may face a shortage of talent, forcing manufacturers to spend time training new workers.

Dan Wang, a Beijing-based economic research firm Jiafu Longzhou Technology analyst, said that Apple may delay the launch of the new iPhone for another reason: no one bought it. ‘What is highly uncertain is demand, not supply. If there is a 20% unemployment rate, how much do consumers want to spend money on a $1,300 iPhone? This is the real problem Apple is facing.’