Chinese smartphone maker, Meizu, is now gearing up for its upcoming launch event where the company will reveal its Meizu 17 series. The all-new lineup is going to be a part of flagship offering from the brand. Since the last couple of days, we have been hearing a lot about the devices thanks to numerous leaks and official teasers. As expected, Meizu has now revealed some other key details on its upcoming lineup. 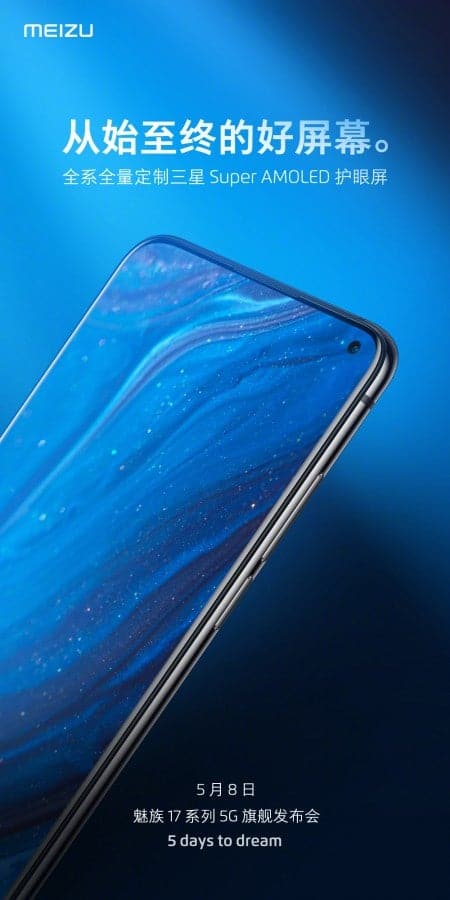 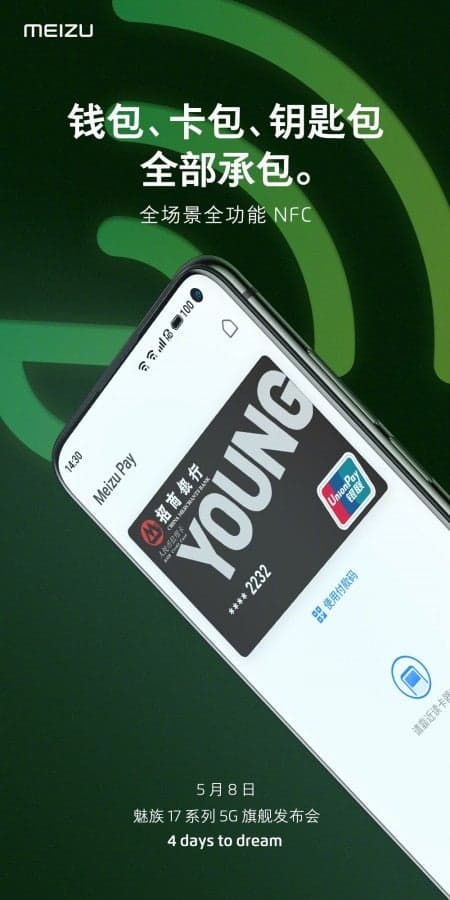 Meizu has recently posted two new teasers on its official Weibo channel shedding light on some key aspects of the phone. The very first teaser talks about the display panel confirming that the phone will indeed use the custom Samsung Super AMOLED panel. We already know that the display will support 90Hz refresh rate and will consist of a punch-hole cutout as well. The cutout will house the 32MP front snapper for selfies and video calling.

Coming to the second teaser, we’re looking at a key connectivity feature. Meizu 17 lineup will come with the support of NFC connectivity. This means that the devices will support the Meizu Pay digital payment method. Considering it is a flagship lineup, the NFC was already expected. Sadly, none of the teasers reveals anything else about the device.

To recall, Meizu 17 will run on Snapdragon 865 chipset paired with UFS 3.1 storage. The device also comes with the company’s m Engine 3.o horizontal linear motor. The device will come with a 64MP primary camera sensor. All of these will be backed by 4,500mAh battery with the support of 30W fast charging. We would also see the wireless charging support on the Pro variant.

For those who’re unaware, Meizu 17 series will see its official unveiling on May 8th which is right around the corner. The device will come in Ceramic Black colour along with an exclusive Azure green colour option. Lastly, the lineup is already up for pre-booking in China.