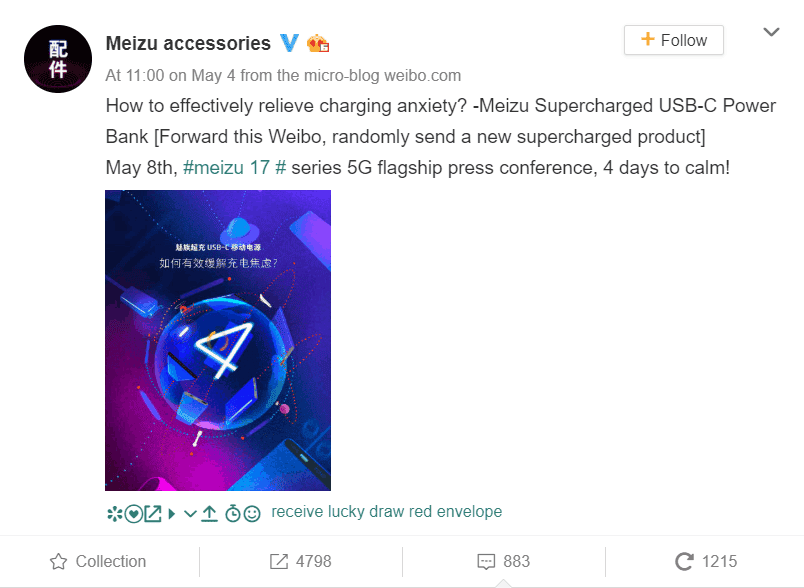 The latest information from Meizu accessories shows that the company will also release a Super mCharge USB-C Power bank. From the teaser, we can see that the power bank comes with an LED display which should show the battery level. Unfortunately, there is no information on the charging capacity of this device. 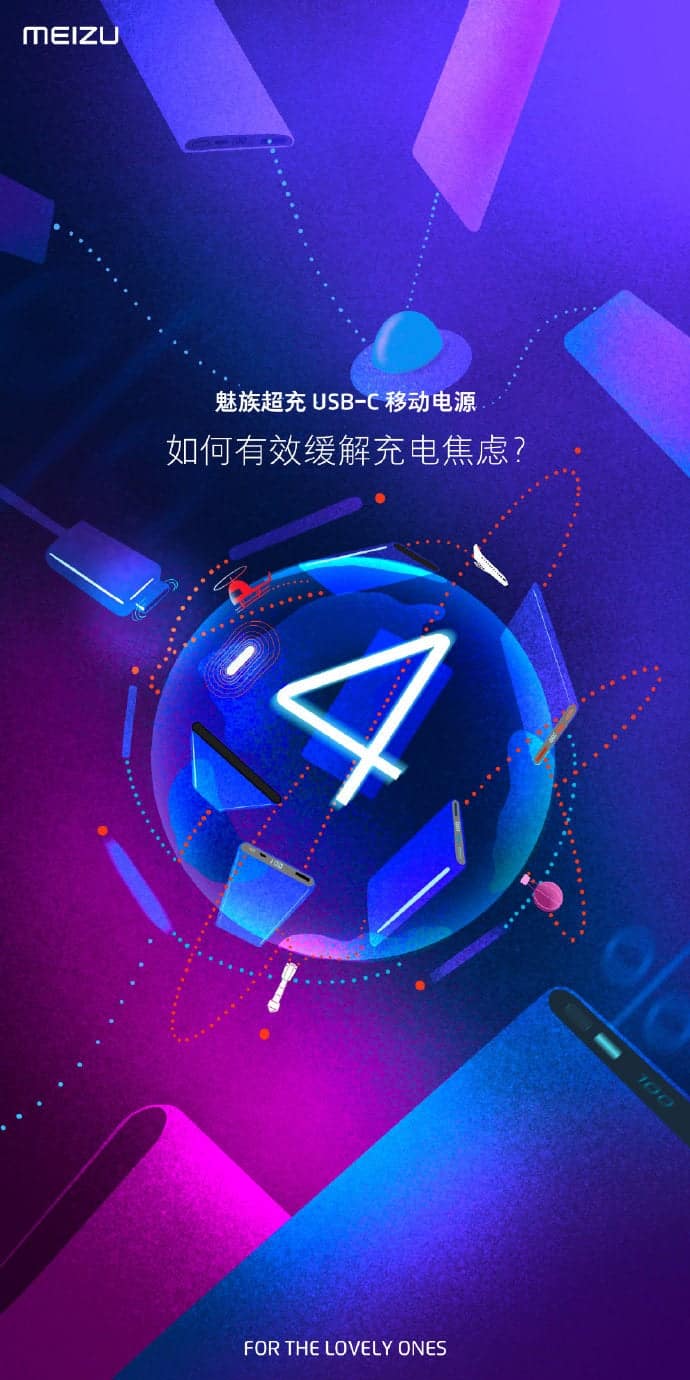 For those who may have forgotten, the Meizu 17 series will be released on May 8th. This is also the possible launch date for the Meizu Super mCharge USB-C Power bank. Recall that the Meizu 17 series also comes with a new technology called Meizu mSmart 5G. This is a power-saving technology that enables the 5G phone to save over 60% power. The company has shown that Meizu 17’s battery lasts for is 11.77 hours (with active 5G network). Furthermore, Meizu 17 can identify and connect to the 5G network faster.

The Meizu 17 / Meizu 17 Pro will be the company’s first 5G mobile phones. According to previous information, this phone should use a 6.5-inch 90Hz AMOLED screen with a Snapdragon 865 processor. It also supports LPDDR5, UFS 3.0, 4500 mAh battery, an on-screen fingerprint sensor as well as a horizontal linear motor.

Next Xiaomi Mi 10 will be launched in India on May 8, finally