On May 5, Huawei released three new products in Romania, namely the Huawei Y6p and Y5p and the MatePad T8 tablet.

The Huawei Y6p uses a 6.3-inch waterdrop screen with a resolution of 720 × 1600. The front 8MP camera and the rear three cameras are respectively a 13-megapixel main lens, a 5-megapixel ultra-wide-angle lens, and a 2-megapixel depth-of-field lens.

It is equipped with the MediaTek Helio P22 processor, a 3GB memory, and a 64GB storage. There is also a built-in 5000mAh battery, and the phone comes with EMUI 10 based on Android 10. As you guess, it lacks GMS and supports HMS (Huawei Mobile Service). 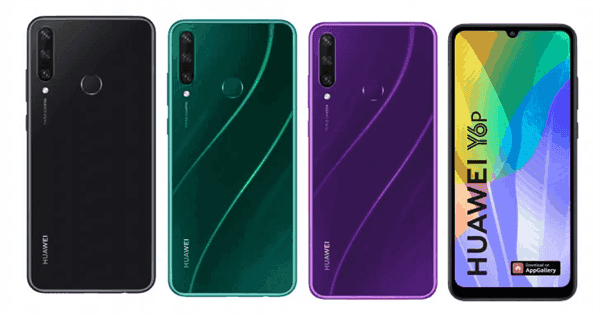 As for the Huawei Y6p, it is available in three colors: emerald green, phantom purple, and midnight black. The starting price is 165 euros.

The Huawei Y5p’s pricing starts at 125 Euros and it comes in black, blue, and mint.

By the way, Huawei recently upgraded the MediaPad series to MatePad. The MatePad T8 is the third model launched this year after the MatePad Pro 5G and the MatePad 10.4.

The Huawei MatePad T8 starts at 100 euros and only offers a blue option.

Previous [Update] Xiaomi Mi Band 5 will use a 1.2-inch display & Google Pay - to get PAI function for better health tracking