Recently, Google’s online store engaged in promotional activities, and the original price of $799 Pixel 4 fell to $499. This attracted thousands of new buyers. But not everything went according to the plans.

On May 9, according to 9to5Google reports, a user bought a 64GB version of a Pixel 4 in the Google online store. And Google shipped up to 10 units.

It is reported that this user shared his ‘success’ on Reddit. He said that he bought only one Pixel 4 64GB version (priced at $499) in the Google Store. But when he received the package, he found that Google had mailed 10 units. ‘I was very surprised when I opened the package.’ 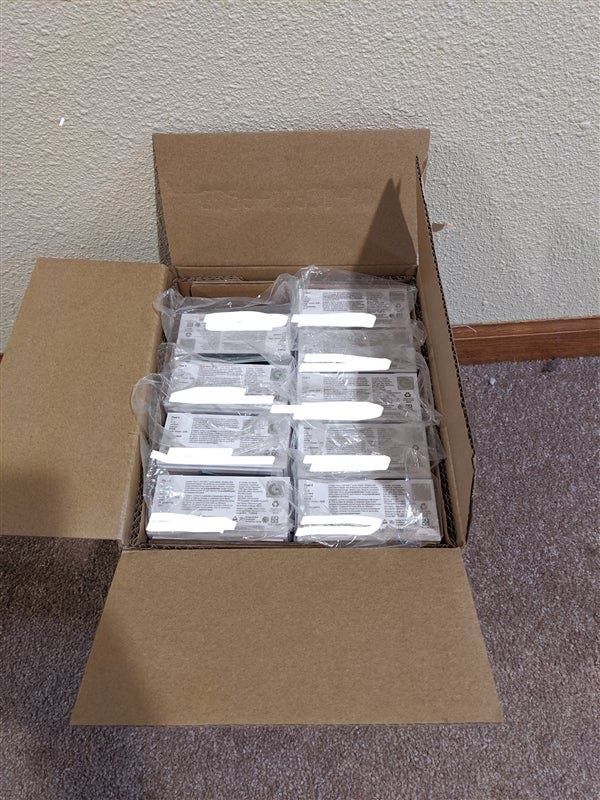 The source said that in accordance with US law, users can accept these 10 Pixel phones. However, the user contacted Google customer service on the advice of his wife. Google was also surprised. The two parties returned the machine after communication.

The full story is:

I ordered a unlocked Just Black Pixel 4 64GB phone online on sale for $499 plus tax. But much to my surprise, I received a case of phones (10 in total) from Fed-Ex two days later. So 9 extra phones (this is important later). I gotta be honest, for a moment it felt like winning the lottery, but it was only a moment as angel on my shoulder, and my wife, both spoke up, and I knew there was only one choice:

I informed Google customer service, with a little tear in my eye of the mistake over through the chat, and I think they were a little taken aback. At first they requested a photo of the packing slip, and then a picture of the extra phones, which I provided – I informed them that I removed one of the phones – hence the picture had only 9 boxes in it. They ask me to wait 3 separate times, and then sent me an email 2 days later letting me know that Fed-Ex would be stopping by to pick them up. The tracking slip only had a quantity of 8.

Talk about rubbing salt in the wound, but I contacted Google customer service again to ask them how to proceed. After more deliberation they told me to return 8 and they would send a tracking slip for the ninth separately.

Next Google Duo: video calls of up to 32 participants in the browser soon