The latest data from NetMarketShare shows that from March 2020 to April 2020, Linux’s desktop market share increased by 1.5%, and Windows’ share decreased by 2%.

For a long time, Linux has been regarded as the best substitute for the Windows system. However, although the data shows that Linux’s market share and installation rate are increasing significantly, as far as the Chinese market is concerned, it still takes some time to build a Linux distribution that can replace the Windows system.

Liu Xinhuan, general manager of Tongxin Software Technology Co., Ltd. said in an interview, ‘For a good operating system, you must have a long time to prepare psychologically. And to really compete with foreign operating systems, it will take at least 3 years, 5 years or even 10 years. So I think it is better to do our products well and do our own things, rather than staying in the verbal battle, because the final market still depends on product quality and service capabilities.’ 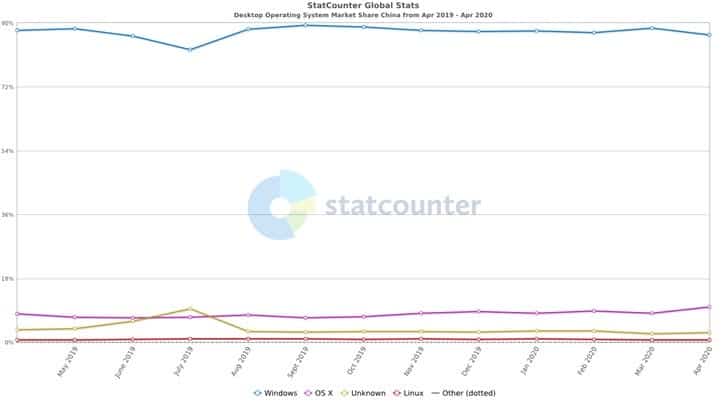 Liu Wenhuan said that from a relatively long-term perspective, the company hopes to gain more than one-third of China’s market share in the field of general-purpose operating systems. In general, Linux’s desire to replace Windows in the Chinese market is not overnight.

Next Apple Watch 6 To Support Panic Attack Detection And More