Today, Honor resumed promoting its upcoming Smart Screen product. The company said the ‘Honor Smart Screen X1 series is coming to create a future smart life and witness the expressiveness of audio and video! It will be released on May 18.’ 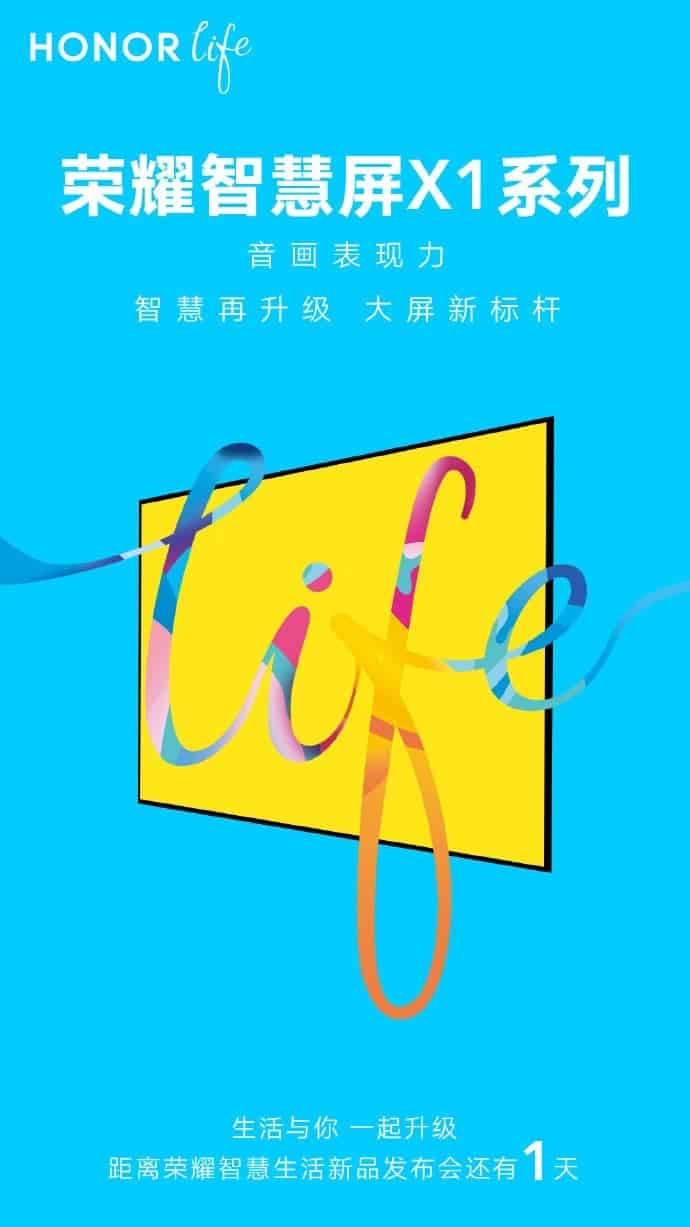 Previously, we learned that Honor will launch a 65-inch Honor Smart Screen at the Smart Life New Product Launch, along with laptops, tablets, and routers. The Honor Smart Screen X1 series brings 8K super decoding capabilities and upgrades the expressiveness of the picture details, allowing you to enjoy ultra-clear vision.

The Honor Smart Screen will bring more size options. The entire system comes with a MEMC motion compensation technology, which upgrades the high-speed image expression. It also features an automatic color management ACM technology. So each screen has been professionally adjusted and upgraded to a lively color. These TVs also come with an SR super-score algorithm. The latter optimizes the low-resolution source. There is also a 6MIC far-field voice option, which accurately recognizes voice commands, and makes you do hands-free operations. 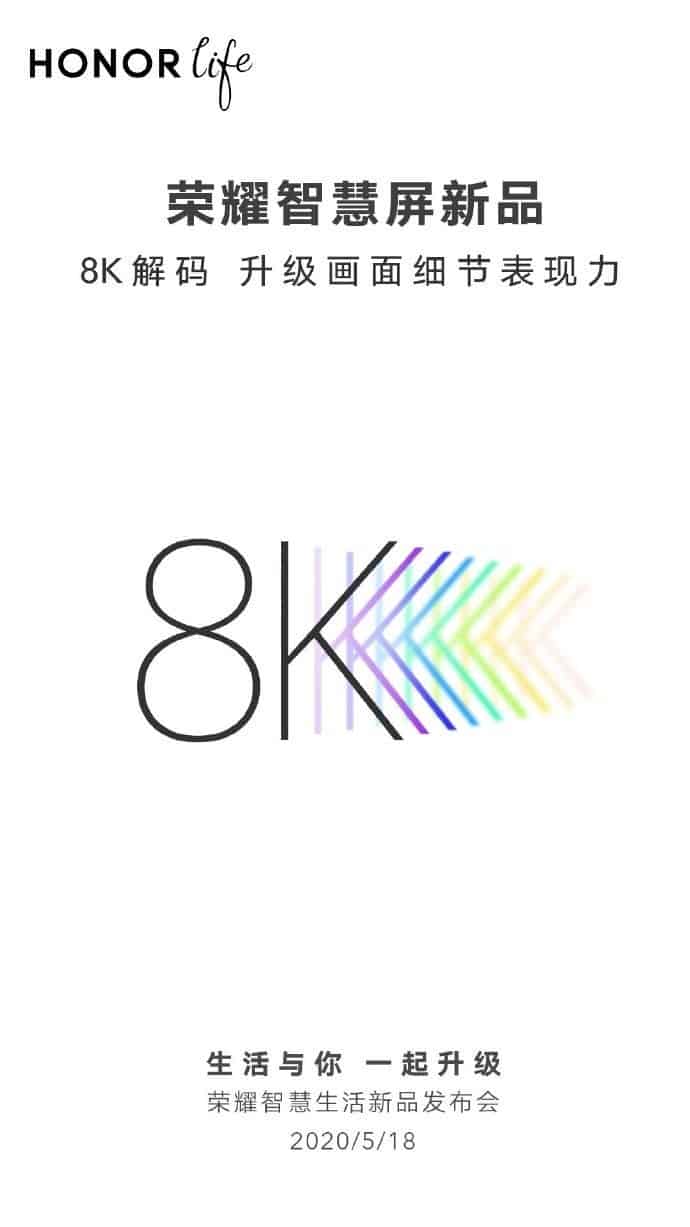 As a reminder, the first-gen Honor Smart Screen products were released in August 2019. The Honor Smart Screen has both the regular version and a Pro version. The former costs 3799 yuan ($538) while the latter goes for 4799 yuan ($680). The main difference between the two is that the Pro version comes with an AI pop-up camera for video calls. Plus, there is a built-in 32GB internal storage as well as 6 x 10W speakers. This device uses a 55-inch display with a 94% screen-to-body ratio. Furthermore, this is a UHD+4K HDR ultra-clear screen with 85% NTSC wide color gamut, 360nit high sensitivity technology, and a 178-degree viewing angle. It supports standard, soft, cinema, sports, children, games, pictures, and has the German TUV Rheinland low blue eye protection certification.