On May 20, Xiaomi Group announced its first-quarter earnings report for 2020. This is also the first quarterly financial report of Xiaomi after it experienced the impact of the epidemic. Total revenue reached 49.7 billion yuan ($6.96 billion), an increase of 13.6% year-on-year; adjusted net profit was 2.3 billion yuan ($0.32 billion), an increase of 10.6% year-on-year. Although the growth of revenue and profit has slowed down, it has maintained steady growth in operations under the epidemic. 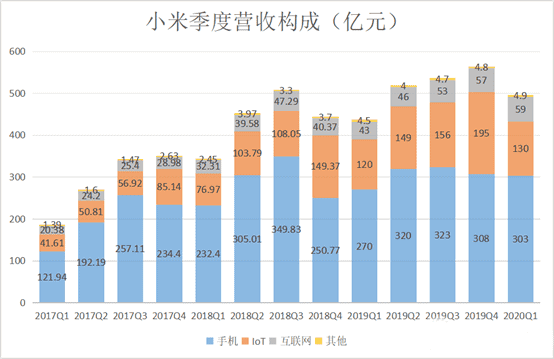 In addition, this quarter, Xiaomi also has new perspectives on globalization. According to the financial report of Xiaomi, the overseas market revenue was 24.8 billion yuan ($3.48 billion), a year-on-year increase of 47.8%. And the proportion of total revenue reached 50% for the first time.

During the epidemic, Xiaomi released the Xiaomi Mi 10 5G flagship series. According to the financial report of Xiaomi, its shipments exceeded 1 million units within 2 months after the sale. 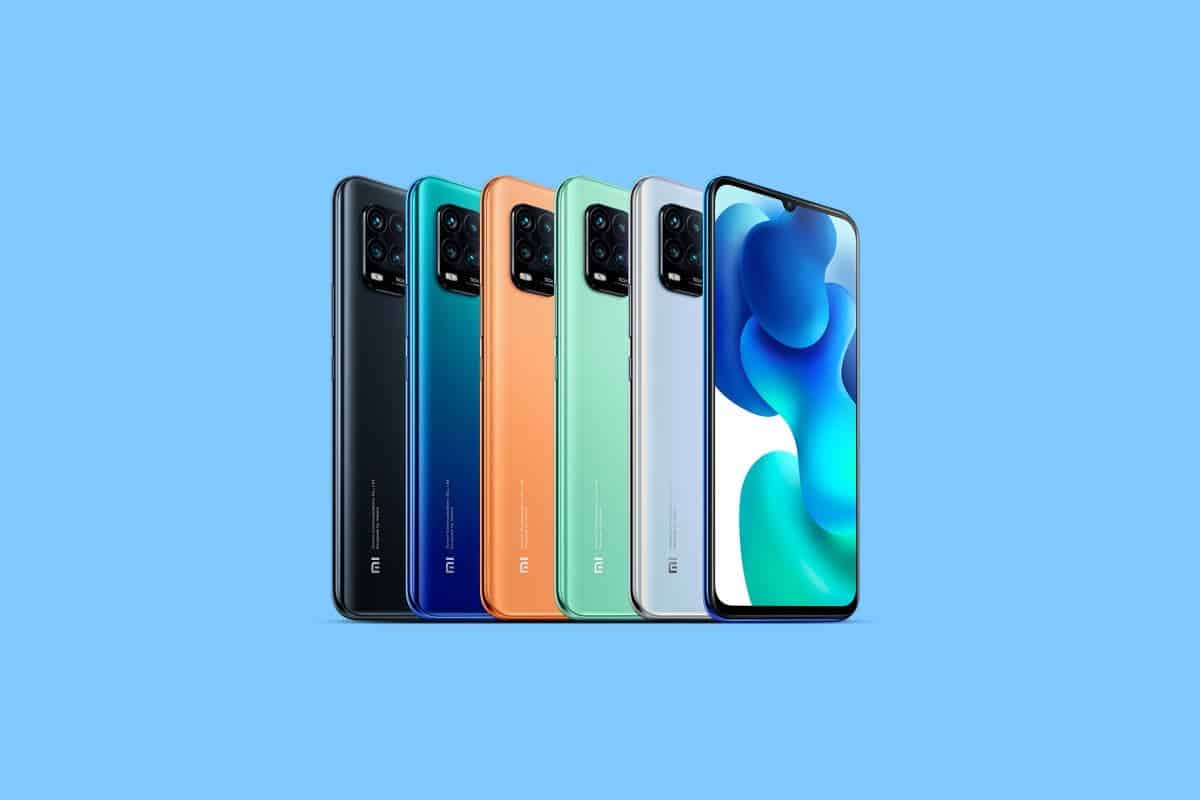 Judging from the average selling price of Xiaomi smartphones in this quarter, it is 1038 yuan ($145). If we compare from the dimensions of each quarter of Xiaomi’s calendar year, we achieve a high point after 1052 yuan ($147) in the third quarter of 2018. But if we compare it with Huawei and Apple in the same industry, there is still a certain gap. This is where the Xiaomi brand needs to continue to improve.

This quarter, the Redmi brand also laid out multiple price segments. For example, it launched the K30 Pro equipped with the Snapdragon 865 processor for the premium market. In the low-end Note series, the global sales of the Redmi Note 8 series exceeded 30 million units. 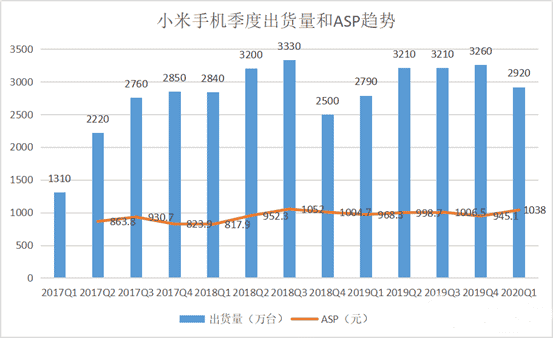 The steady growth of IoT business affects transportation and installation

The financial report of Xiaomi shows the consumer goods industry was greatly affected by the epidemic. And the production, transportation, and sales of white goods and television were affected by the epidemic. In this quarter, Xiaomi’s IoT and consumer products business continued to grow. During the reporting period, revenue reached 13 billion yuan ($1.82 billion), an increase of 7.8% year-on-year.

In the first quarter of 2020, 2.7 million units of Xiaomi Smart TV were shipped globally. According to the financial report of Xiaomi, it has increased by 3% year-on-year when the overall scale of the Chinese mainland market declined.

Wang Xiang, president of Xiaomi, said in a conference call that there were some categories in this quarter, including TVs, whose installation was greatly troubled. The second quarter is in the process of recovery. In addition, Wang Xiang said that Xiaomi has also launched a larger TV, adding new categories, continuing to raise TV products at different price segments, and developing new market areas. For example, during the reporting period, Xiaomi released the Redmi Smart TV ‘MAX98’ giant-screen TV, priced from 19999 yuan ($2802).

In addition, Xiaomi continues to enrich its IoT category. In February 2020, Xiaomi launched the AX3600, a Xiaomi AIoT router supporting WiFi6. During the reporting period, Xiaomi’s router revenue increased by 124% year-on-year, ranking second in China in terms of sales. As for smart wearable devices, Xiaomi’s true wireless Bluetooth headset sales increased by 619.6% year-on-year. It ranks third in the world. Xiaomi’s smartband sales increased year-on-year and reached a 56% increase in sales, ranking first in the world.

During the reporting period, Xiaomi’s Internet service revenue was 5.9 billion yuan ($0.83 billion), a year-on-year increase of 38.6%. And its share of overall revenue exceeded 10%, reaching 11.9%.

The user activity of Internet services increased significantly. According to the financial report of Xiaomi, in March 2020, MIUI monthly active users reached 330 million, an increase of 26.7% year-on-year. Among them, the monthly active users of MIUI in the mainland are 110 million.

Although affected by the epidemic, the advertising budget in some vertical areas decreased. But Xiaomi’s Internet advertising business achieved a year-on-year increase of 16.6%, according to the financial report of Xiaomi.

At the same time, the diversity of Internet business continued to strengthen. Emerging businesses are Internet services other than advertising and games in Mainland China. They include TV Internet, Youpin E-commerce, FinTech, and Overseas Internet. During the reporting period, this part of revenue increased by 71.5% year-on-year, accounting for 38.1% of total Internet revenue.

Wang Xiang said that the substantial increase in revenue from Internet services is partly due to the fact that users spend more and more time on smartphones. This allows many of our smartphone-related businesses, such as gaming, to grow.

According to Canalys data, the shipment of Xiaomi smartphones in Europe increased by 58.3% year-on-year in the first quarter of 2020, and the market share exceeded 10% to 14.3%. This is of great significance for expanding operator channels. At the same time, shipments of smartphones in the Western European market increased by 79.3% year-on-year. Among them, the market share in Spain ranked first for the first time, with a market share of 28%. It is in the top four in Italy, Germany, and France.

In the Indian market, according to IDC statistics, in the first quarter of 2020, Xiaomi smartphones have maintained the number one shipment in India for 11 consecutive quarters, with a market share of 31.2%. Xiaomi is also accelerating in Latin America and the Middle East And the layout of the African region.

However, after the epidemic in China, it also broke out on a large scale. This also puts a certain pressure on Xiaomi’s second-quarter results.

Xiaomi President Wang Xiang said that 100% of China’s supply system has been restored, and India’s resumption of work is still in its infancy. The country’s government has just begun to lift the ban gradually. It is expected that recovery will take time. He revealed that India is currently recovering 60%. But future changes will depend on the prevention and control of the epidemic.

In the European market, Wang Xiang said that the recovery situation is better than the Indian market. At present, Xiaomi’s smartphone activation rate in the European market is about 90%, which is higher than the normal level. ‘This is a good signal. But we still think that the second quarter will be a challenge to our business growth.‘

Previous MediaTek responds - we are ready to cooperate with Huawei

Next Xiaomi patents another foldable design