Realme X3 SuperZoom is being teased by Realme since the start of this month. Earlier, CEO Of Realme India posted a feature of Realme X3 Superzoom, called “Starry Mode” by which you can capture stars up in the sky. Now, we have official posters of the device that shows some key specifications. Also, we have information regarding the color options Realme X3 Superzoom will be getting. As the name suggests, Realme X3 Superzoom is a camera-centric smartphone. But this is not it apart from the camera segment, display and performance are not compromised either.

Today, Realme official posted posters on their Twitter account. One poster confirms the use of Snapdragon 855+ on the X3 Superzoom. We also have a benchmark score of the device, which looks very promising. Scoring about 517,743 on AnTuTu is actually the highest score ever seen on Snapdragon 855 Plus. The main purpose of going with the last-gen chipset is to save some cost. This is actually a great idea to use a one-gen old chipset, which frankly speaking will still rock. 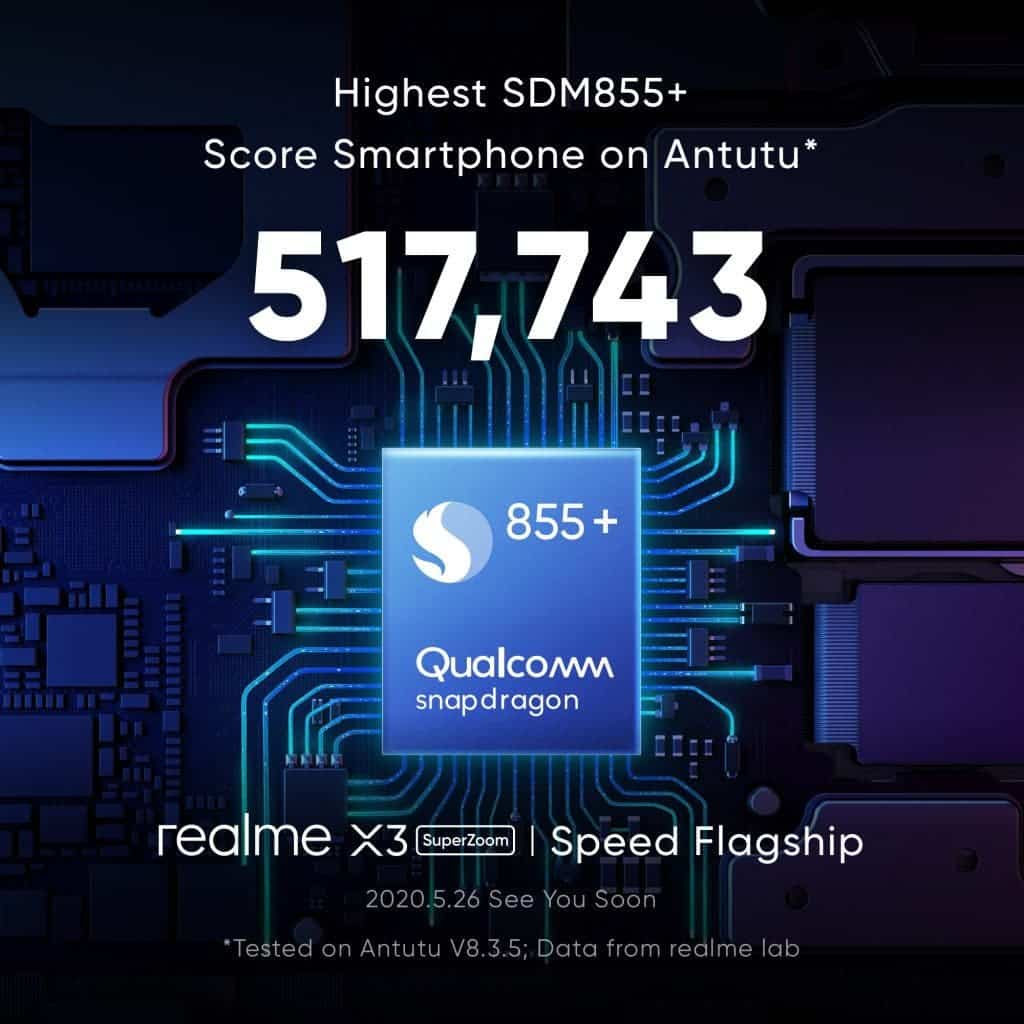 The other poster revealed that there is no compromise on the display either. There is a 120 Hz refresh rate, which will ensure a buttery smooth experience. According to previous leaks, The device comes with a 6.6-inch FHD+ display. And in the camera department, a 64-megapixel quad-camera setup is used with hybrid zoom capabilities that go all the way up to 60X zoom. Other than that, the device will be carrying a 4,200 mAh battery with support for 30W fast charging. 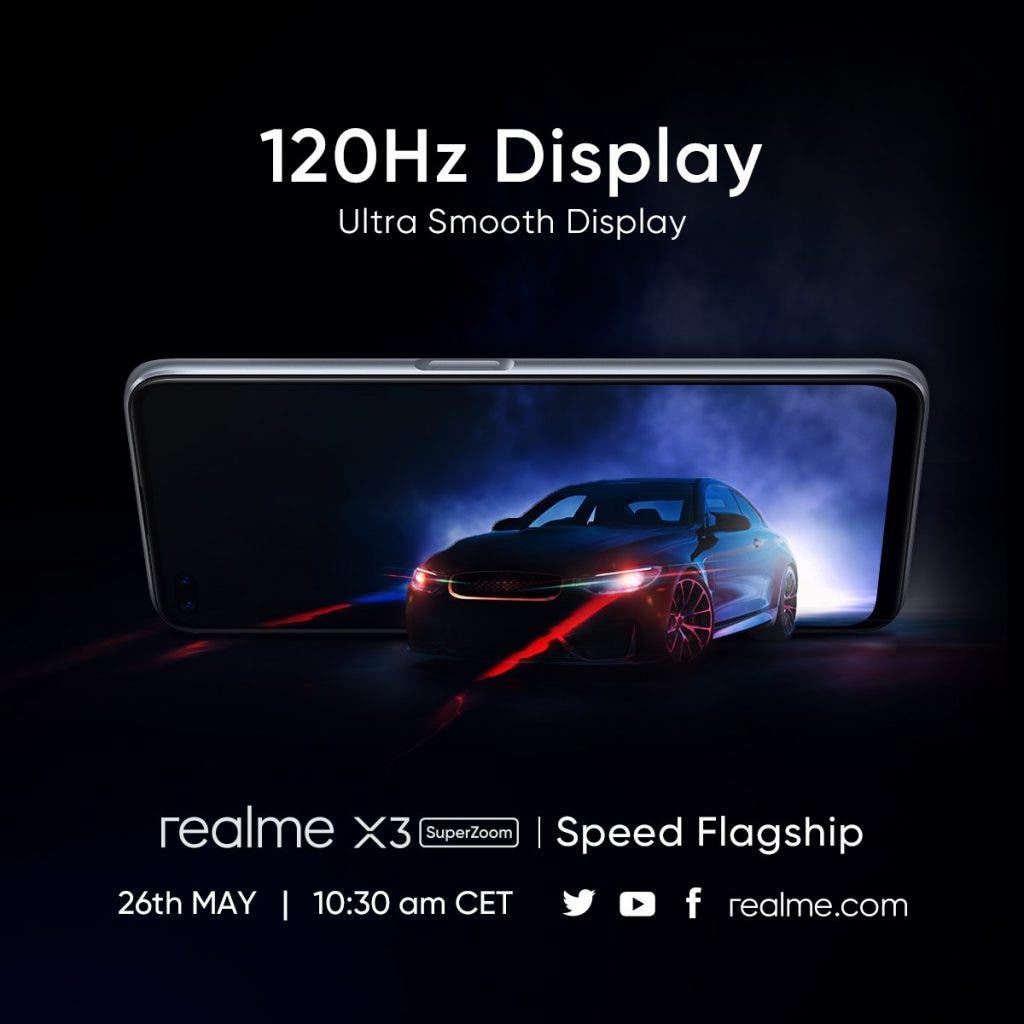 The device is sporting a familiar Realme design language. There is a vertical quad-camera setup on the rear and a dual punch-hole notch on display. There are 2 beautiful color options for the device. Including White & Green colors, personally to me, green one looks dope! 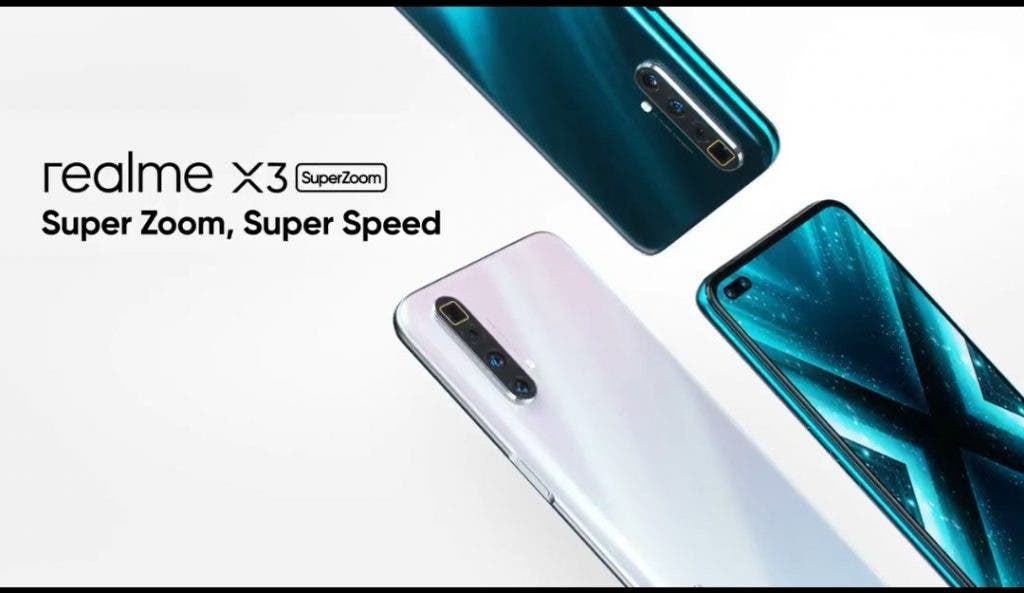 The X3 Superzoom is confirmed to launch in India. The device can hit the market in mid-June in India. Whereas a tipster claims Rs.20000 price-tag. The good news is that the device is also coming to Europe. The online launch event is dated 26th May at 10:30 CEST.

Soon you will be able to know all the details of the #realmeX3SuperZoom.

The first teaser we got was from the Realme Indian CEO. The CEO confirmed that the device will feature 60X zoom and there will be a new feature. They are calling the feature ‘Starry Mode” and will allow your device for astrography. He also posted an image of stars on Twitter, of course it looks gimmicky but considering it is high-end mid-ranger, I will not complain. 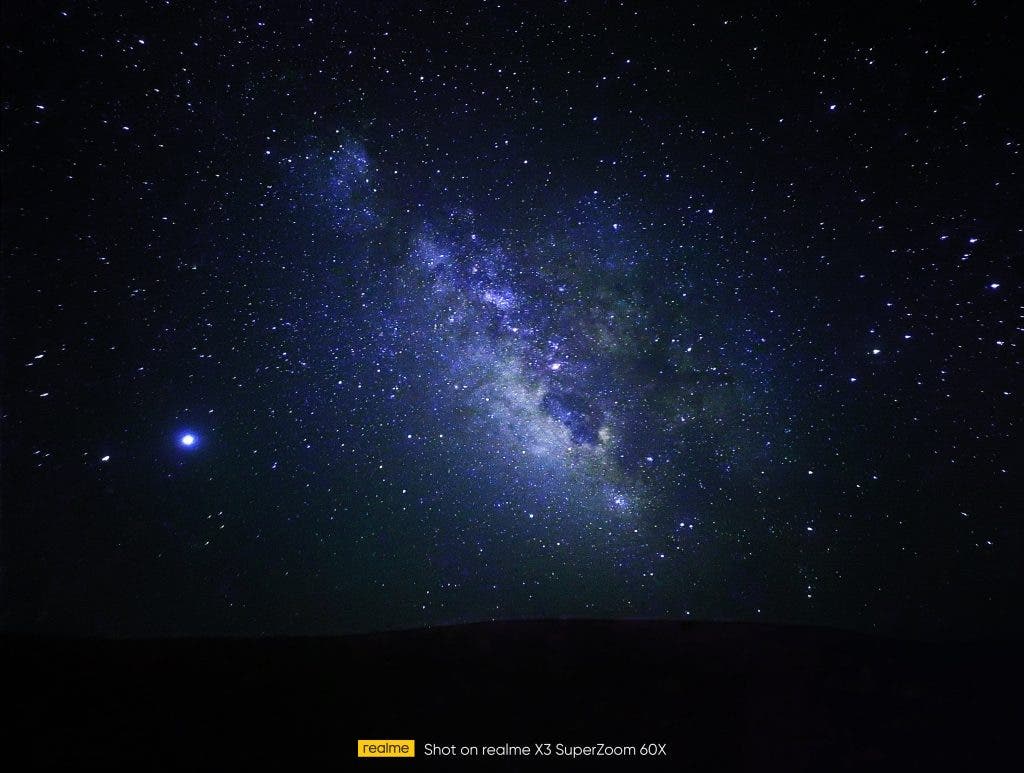 Secondly, Realme Europe posted a zoom test of the device on Twitter. The three shots show Realme X3 Superzoom capabilities. The pictures are ranging from 1x zoom to 60x maximum zoom. The results are actually good, the pictures have high details. You can check them yourself: 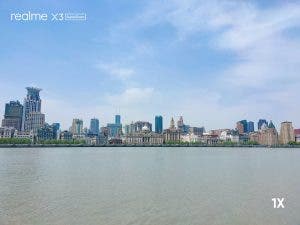 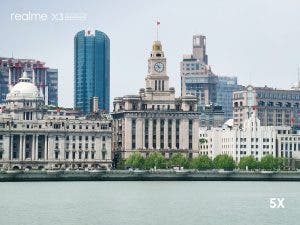 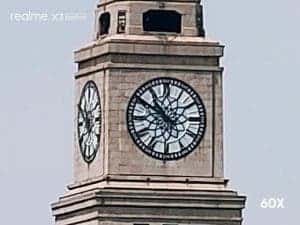 Well, it finally comes to the question of pricing. Let’s see how well Realme prices the device on 26th May.

Next Updated ELEPHONE E10 Pro coming too within a week