Pubg mobile players are fond of the Erangel map and it’s one of the most used maps in the game. Now, Tencent games seems to have added an upgraded version of the map, Erangel 2.0 in the Chinese beta version, Game for peace.

The game, also known as Peacekeeper Elite, in China. It has got improvements in graphics, customizations, a new route planner and more. It’s a beta update and it is expected to arrive in global version soon. 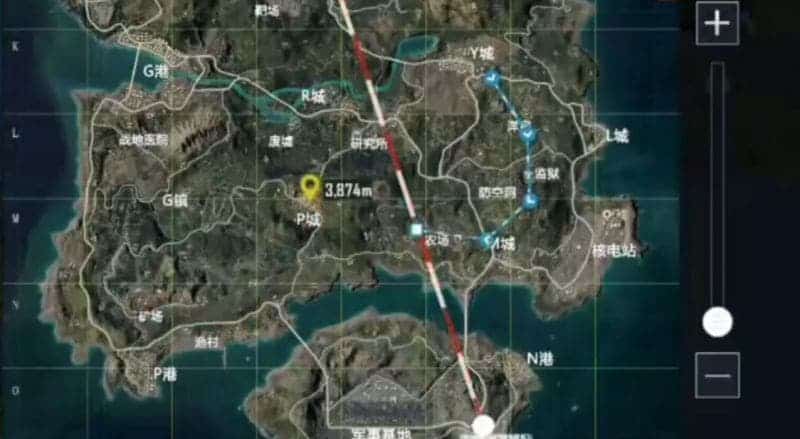 The new update will seemingly introduce a new routing feature on the mini-map. It is allegedly called the Route Planner for now. It allows players to map their route beforehand. Players can mark several locations on the map and plan a route of their own which is carried over to the subsequent new game they hop onto.

Pubg Mobile’s new update is also expected to bring refined graphics and introduce newer designs in the gameplay. Right from interiors of the house to the outlook of the houses, towers and multiple structures are expected to get an overhaul. Initial footages also show fresher details. However, we will have to wait for the final build.

Finally, the Most awaited Ultra-HD option is available on the Beta version as well. This option which is exclusive to the Game for peace, for now, is expected to trickle down to the Global version.

Do note that Ultra-HD graphics settings need a powerful CPU and GPU to render the details. It can, unfortunately, work only on flagship devices. However, this is also subject to the OEMs compatibility. That’s because few companies limit the graphics settings of the game to ensure better thermals and longer battery life.

Apart from this, players can apparently customize their settings better than before. Footage from beta version shows that you can customize the vehicle control buttons. Players can also change the opacity of the icon in addition to resizing them.

The newer map which was showcased in PUBG Mobile Club Open finals 2020 is yet to be available for a wider audience. However, recent news point that the upcoming update looks feature-packed with a new map and enriched in-game graphics for batter gameplay.

Next Lenovo Legion Gaming Phone Might Feature Snapdragon 865 Plus Chipset