If Xiaomi dominates the segment of fitness trackers and its devices sold in millions of copies, then its achievements in the niche of smartwatches are much more modest. It is only trying to become a prominent player and last fall released the first smartwatch under its own brand – Xiaomi Mi Watch. And a month later, another version was released – Xiaomi Mi Watch Color.

The company was in no hurry to bring smartwatches outside of China, but still decided to take this step. A message came that the Xiaomi Mi Watch Color smartwatch will come to the global market, but with a different name – Mi Watch Revolve. The name of the wearable gadget was found in the bowels of the Mi Watch app.

Recall that Xiaomi Mi Watch Color has a 1.39-inch AMOLED display with a resolution of 454×454 pixels, a 420 mAh battery, NFC and 5 ATM water protection. The gadget is able to monitor 10 types of workouts, measure the pulse and oxygen level, and also analyze the quality of sleep. 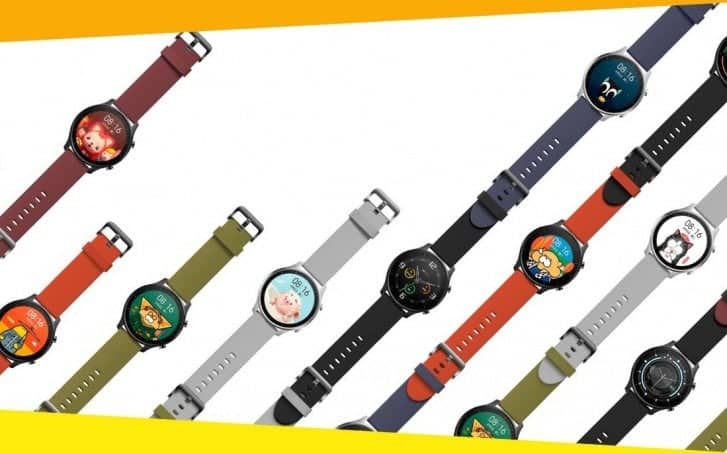 The research company Canalys has provided another of its reports for the global market for a smartwatch. Worldwide, smartwatch shipments grew 12% YoY in the first quarter of 2020. That’s a pretty awesome result, especially when we take in mind the spread of COVID-19 and all the consequences it brought to manufacturing processes, logistics, and consumerisms. If we take the smartphone business as an example, we can see how the pandemic decreased the sales of smartphones during the first quarter. However, this tendency of decline doesn’t follow in the smartwatch segment.

Apple still has the dominant of the smartwatch market, with 5.2 million shipments of multiple Apple Watch models. However, this number represents 13% fewer shipments if we compare it with last year’s result. Huawei comes in second with 2.1 million units shipped with 113% of growth YoY. Samsung comes in third place with 1.8 million units shipped compared to its 1.2 million in the first quarter of 2019. Garmin and Fitbit rank fourth and fifth, respectively. Garmin grew 24% Year on Year, Fitbit fell 21% YoY.