Redmi 9A will be the brand’s most affordable smartphone, not counting devices with Android Go. Its announcement is expected soon. We have talked about this smartphone more than once, but today official data that accidentally or intentionally leaked from the Xiaomi website has been published on the Network.

Leak: Here are the specs of the Redmi 9A and the Mi Band 4C

According to these data, the Reami 9A will receive a 6.53-inch display with HD+ resolution with an opening for the front camera. It will be based on the MediaTek Helio G25 SoC, which, like the G35, has not yet been introduced. It also talks about a 13-megapixel camera, a five-megapixel front and a 5000 mAh battery. At the same time, despite the official data, on the brochure we can see a photo of Redmi 8A, so you should be careful with the data.

In addition, there is information about the Mi Band 4C bracelet. It should get a 1.08-inch LCD, covered with 2.5D glass, waterproof (5 ATM), support for Bluetooth 5.0 and 14-day battery life. 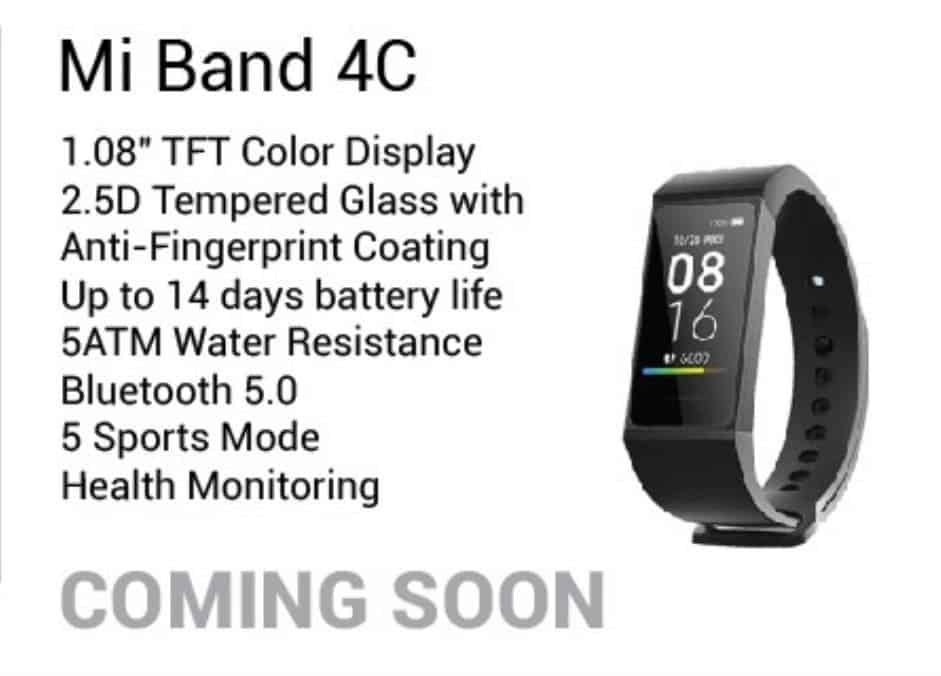 The presentation of the Redmi 9A smartphone is expected in the very near future, which is confirmed by the fact that the device appeared yesterday in the databases of the US Federal Communications Commission (FCC) and the Chinese regulator 3C.

The Chinese department confirms that the smartphone passes under the model number M2006C3LC and will come with an MDY-09-EK charger, which is characterized by a power of only 10 watts. It is worth noting that the same charger comes with the Redmi 8A, but the smartphone itself supports 18-watt charging. Therefore, Redmi 9A should support fast charging with a power of at least 18 watts.

The price of the upcoming smartphone can range from 100 to 120 dollars for the base version. In addition, we expect it to launch later next month and to be available worldwide as its predecessors. Also, with this price, it will be one of the best entry-level smartphones.

Here is a reminder of the specifications of the previous-gen Redmi 8A:

Next iQOO Z1x: the launch date and the price of the smartphone is revealed