Chinese manufacturing giant, Xiaomi, has been doing quite well in the smartphone market. Its Redmi sub-brand is following in its footsteps and has not been a disappointment so far. Since the independence of Redmi, it has dedicated its digital series for budget devices. The Redmi 9 is already official and the most interesting aspect of this smartphone is its price tag. Though an entry-level device, this phone comes with a 799 yuan ($113) starting price which is quite amazing. This morning, Redmi officially announced that the Redmi 9 will start the first sale of new products on June 30. 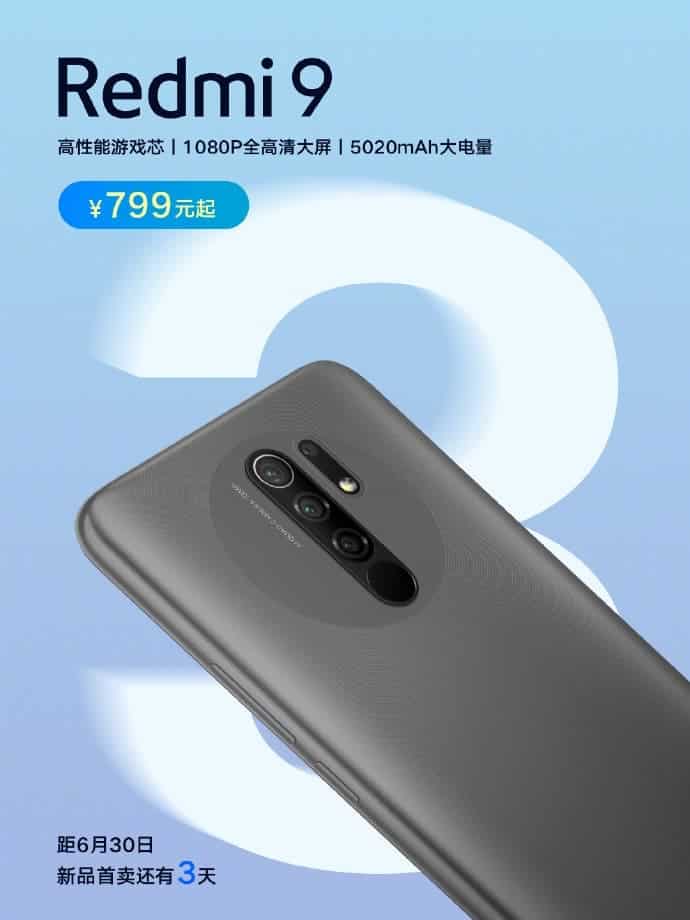 This smartphone comes with a huge 5020 mAh battery which supports 18W fast charge. The Redmi 9 uses a 6.53-inch LCD waterdrop screen with a 19.5:9 screen ratio and a resolution of 2340×1080. There are four color schemes including lotus powder, black ink, carbon black, and neon blue.

In terms of configuration, Redmi 9 uses a MediaTek Helio G80 chip, which upgrades the AI ​​full-scene four-shot camera. In addition to the ultra-clear main camera sensor, it also comes with ultra-wide-angle lenses, portrait depth of field lenses, and macro lenses. This smartphone also supports dual-band Wi-Fi. In addition, Redmi 9 also boasts of a MediaTek HyperEngine game engine optimized for games. This feature can reallocate CPU, GPU, and memory resources according to game scenarios.