Earlier this year, we saw reports flooding in that Facebook is getting ready to bring the dark mode to its mobile app. Well, it looks like the social-media giant is now rolling out the dark mode update to users across the globe. As expected, the dark mode is releasing to only a small percentage of users as a part of initial testing. In fact, Facebook confirmed the same to The Verge in an email on Sunday. Looking at all the reports from users, it looks like the majority of the user are running iOS. With that said, we are also expecting the Android platform to be part of this initial test stage.

Facebook appears to be rolling out Dark Mode… https://t.co/qSfDa8d51e

Facebook previously rolled out its dark mode to the masses for its web platform. We should expect the same happening soon for the mobile platform as well. The app will follow the same color scheme that we saw earlier with the desktop app. This means that we will see a dark gray background with blue highlights. 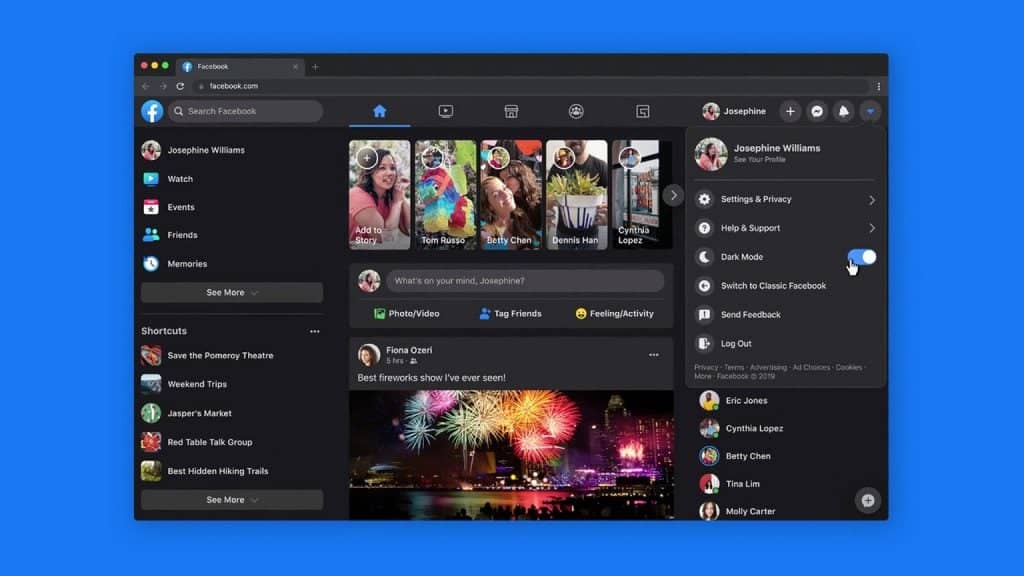 It’s surprising to see that Facebook took such a long time to roll out the dark mode to its only remaining mobile platform. For those who’re unaware, Facebook Messenger is already enjoying the mode and so does Instagram and WhatsApp. All these apps currently have dark mode present for both Android and iOS operating systems.

Just like Facebook and its other services, Twitter also has a night mode for both Android and iOS. In fact, Twitter users have been enjoying this mode since 2016. Earlier this year, we even saw Google rolling out the dark mode update to its app. The dark mode is has garnered immense popularity over the course of a year – Android and iOS both now come with a system-wide dark mode.

While the previous report suggests that the Facebook app will see the addition of coronavirus tracking feature and silent mode, the new report does not mention that. We might see both the two features coming in the final rollout. The coronavirus tracking feature will inform the user of the current number of cases depending on the location. The silent mode, on the other hand, will mute instant notifications when enabled. Furthermore, users will be able to set routines for the silent mode. It is worth noting that the mode is already available on iOS while the Android users are still waiting.

Previous Microsoft Surface Duo to have an "app group" feature