Apple is currently the biggest brand that makes business-class products. They are priced quite high. But this company has made a brand image. And in every corner of the globe, you will find many people who dream of an Apple product. Moreover, you can’t find a tech company that doesn’t want to conquer the whole world. Of course, the Cupertino-based company, in some sense, has won the hearts of millions of users. But we are talking about a real ‘occupancy’. It turns out Apple’s next plan is to make the iPhone the only device people need to carry when they go out and use it to replace passports, driver’s licenses, and other physical identification. Apple’s patent application shows how they think to realize this.

In fact, the iPhone has saved us from having to carry paper, pens, cameras, and even mirrors with us. Apple recently even announced that it will replace the car keys with the iPhone. Now, Apple has turned to passports, library borrowing cards, ski resort membership cards, and other identification certificates.

Also Read: Google Is Developing A System To Manage Driving Licenses On Android

Apple has detailed how to copy and use user identification in the latest patent application documents. According to Apple’s assumptions, devices similar to the iPhone can safely transmit certain identifications. If the device owner has already been authenticated (such as using the Apple Watch’s biometric sensor), they can send the identification. 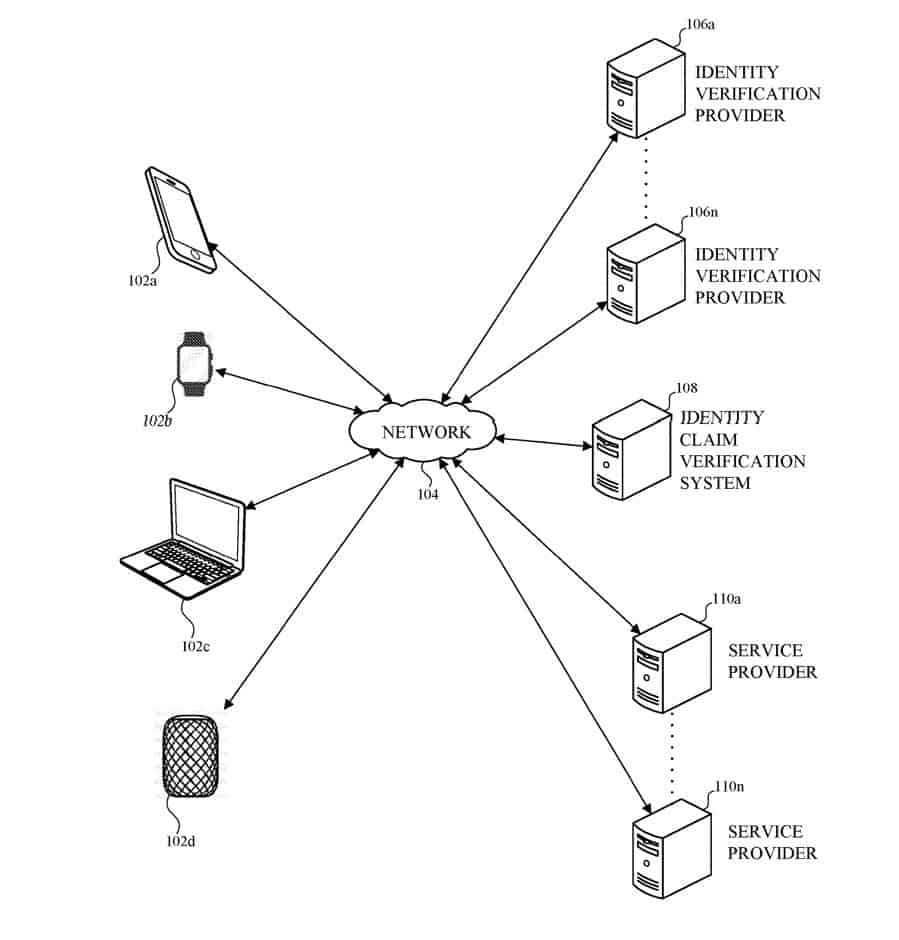 Although Apple’s patent application is mainly about passports, it can actually be used for many identifications. Apple also explained in detail in the patent application documents how to ensure the safe transmission of data through technical means.

In fact, Apple has previously worked on presenting government-issued ID cards in a secure manner. The company has also cooperated with the German and British governments to carry out ID card projects.

The vice presidents of Apple Internet Services and Apple Pay have publicly stated that the company wants to provide ID cards. But they also highlighted the difficulties faced in this process. She said in 2019: ‘Identity, to be legal, it has to be government, it has to be authenticated by the government. We see, across the globe, many countries starting to use mobile to add a passport.’

‘You may use a mobile passport when you’re going through airports today, and so it is moving and I think it will continue,’ she added. ‘So it’s not too far away, it just won’t be as fast as some of the other activities we have.’

Next iPhone XR Is The Most Valuable Smartphone Globally