About a week ago, the Indian government banned TikTok and 58 other Chinese apps. The government says that these applications threaten its national security. According to statistics, the country with the most installed TikTok apps in May is India. Of the 111.9 million downloads, India accounts for over 20%. According to SensorTower, in the first half of 2020, TikTok has about 600 million downloads. Thus, we are dealing with the most popular mobile application in the first half of 2020. In March TikTok’s downloads hit 115 million while it’s April and May downloads are steady at over 100 million. The recent ban on TikTok is engineering an instant gain for similar Indian apps. Not only are they gaining, but they are also dealing maliciously. Now, there is a local Indian app called TikTok Pro. 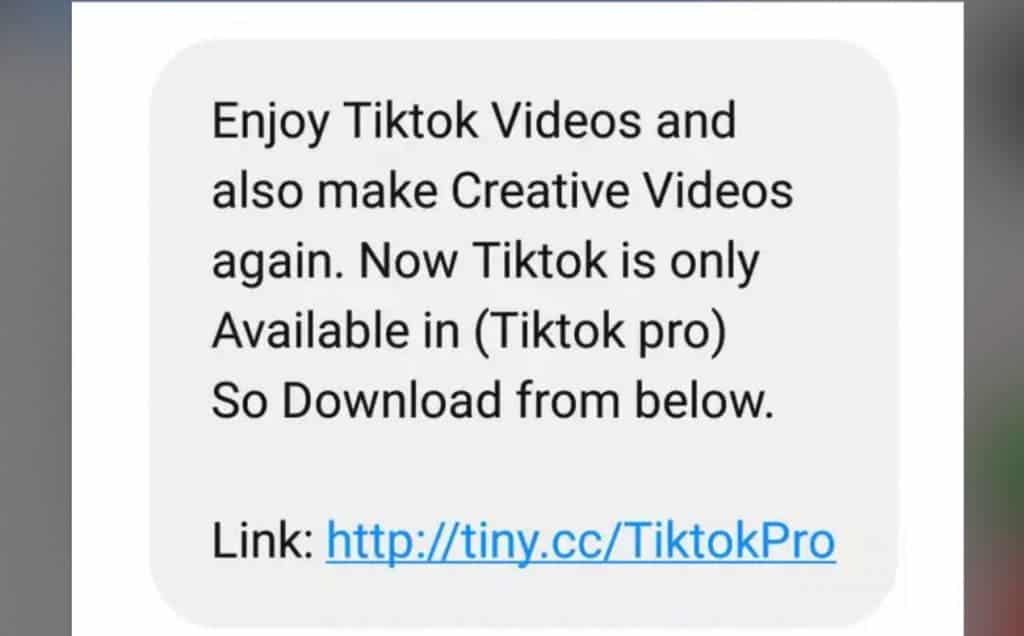 What is TikTok Pro?

According to report, TikTok Pro is just like TikTok and provides short video features. However, this app is not official and could be as dangerous as living with a criminal. There are reports that some cybercriminals are making some money off the ban of TikTok. The TikTok Pro application which is probably a spyware is now spreading widely among Android users in India.

According to reports, the spyware shortcut looks like a normal TikTok program. It also claims to provide users with short videos that everyone can make and share. When the user installs this application, it will issue requests for the camera, picture library, microphone, and other permissions. With these permissions, it will steal the user’s data and infect the user’s mobile phone with viruses. This can eventually damage the user’s smartphone.

At present, the application is mainly spread through sharing the download link on WhatsApp or SMS. The best way to avoid this issue is if you ignore the link anywhere you find it. Furthermore, it is safer to install your apps directly from the Play Store. Since most iOS apps are currently installed through the App Store, the affected users are mainly Android users in India.

List of apps that are currently benefitting from TikTok’s ban

TikTok’s local Indian competitive applications include Roposo, Chingari, Mitron  and others. These local competitive applications are now favored by local users due to the ban on Chinese applications. An Indian government minister said, “We must build our own ecosystem. Every country has done so. This is our self-reliance plan”. This statement can easily be interpreted as “if you can not beat them, ban them”

Presently, many Indian apps that offer similar features as TikTok are experiencing a user base surge. See the list of most popular growing Indian apps as a result of TikTok’s ban.

In all of these, many of the apps which are on the ban list are in discussions with the Indian government. In case you did not see the full list of banned Chinese apps in India, click HERE.