Must Read: Zoom Vs. Microsoft Teams Vs. Google Meet – Which Is Best For Videoconferencing?

However, the giants also have their own missing puzzles. Both Microsoft and Google missed an opportunity – this is the field of video conferencing. In this market segment, the upstart Zoom firmly occupies the first-mover advantage with its simple and easy-to-use products. And it has become the biggest winner in the telecom and video conferencing market opportunities brought by the new coronavirus epidemic.

At the end of last year, Zoom’s single-day meeting participants peaked at only 10 million. And it reached 300 million at the end of April this year (not 300 million daily users, but meeting participants, meaning a large number of repeaters). In one quarter, it has increased thirty times. The Zoom share price has tripled this year, and its market value has exceeded $75 billion. 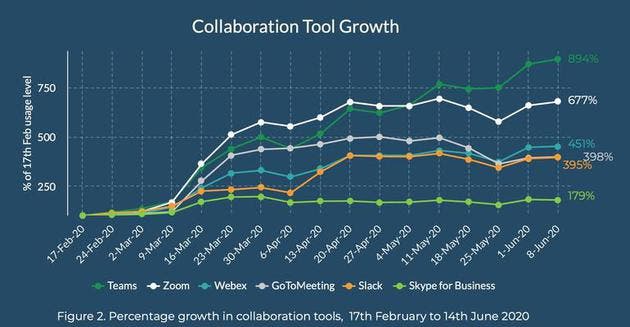 However, remotely coordinating productivity is exactly what Microsoft does. At the Build conference at the end of April, Microsoft CEO Nadella announced that Teams daily active users had reached 75 million, an increase of 31 million from the outbreak. The total number of participants in Teams’ single-day meeting is 200 million, which is about two-thirds of Zoom. But compared with the level before the epidemic at the beginning of this year, the growth rate of Microsoft Teams is even faster than that of Zoom, an increase of 894%.

Google Meet Should Be Careful As Well

However, with the rapid growth of the video conferencing market, Microsoft and Google, two major software giants in the 2B and 2C sectors, have also been eyeing this market. Artificial intelligence has become their advantage. Last month, Google added a smart noise reduction function based on deep learning technology to the video conferencing product Google Meet.

A couple of days ago, Microsoft finally updated Microsoft Teams and added its own accumulation of many technologies and functions in the field of enterprise productivity. In fact, the Redmond-based company has added many new features and solved many pain points. These should have a great impact on the market.

What Has Microsoft Teams Added?

First of all, Microsoft Teams supports up to 1,000 simultaneous online meetings. Thus, it is a killer tool launched for large enterprises. When needed, Microsoft Teams can simultaneously support 20,000 people online. This function is especially suitable for company or school meetings. But we shouldn’t be surprised because behind this is Microsoft’s powerful cloud service.

Join GizChina on Telegram
Read Also:  Zoom will pay 1 million dollars fine for refusing to localize the data of Russians

In contrast, the current free version of Zoom can only support 100 people online, and can only last 40 minutes. As for the paid version, the enterprise is limited to 1,000 people. Due to the surge in traffic, the cloud service capacity was insufficient. So Zoom has had to expand the cloud service at the end of April. They used the cloud services of Amazon AWS, Microsoft Azure, and Oracle. 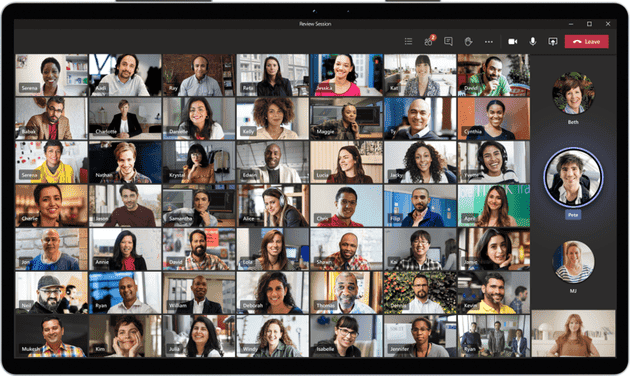 Secondly, Microsoft Teams has launched the Collaborative Virtual Background Together Mode. This helps the conference participants look like they are talking in the same room. In this way, the meeting will not be distracted by the other party’s background. And people will focus on the video conference itself. Zoom has tried to solve this problem by allowing participants to add virtual backgrounds. But agree they look fake.

In addition, Microsoft Teams also introduced Dynamic View function. So now you can customize the interface when adjusting the video conference. You can put the important content you want to see and the speaker in a prominent position. Starting next month, Teams’ video conference interface will display 49 participants at the same time. Plus, users can also use filters and emojis to personalize their own video conference image.

But Microsoft Teams is not only about software. The company has even brought in two companies, Lenovo and Yealink, to create a video conferencing hardware product dedicated to Teams. These two products look like smart video speakers equipped with touch screens. And they will also come with a Cortana voice assistant. 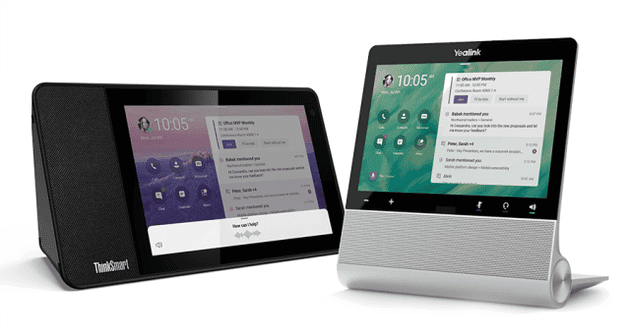 In the field of remote collaborative office, Teams is not a starter. It has come to the market even two and a half years later than Slack. But with its overall advantage in the enterprise productivity market, Teams surpassed Slack. Now, there is a big gap with Slack. And currently, we see Microsoft has seen a goldmine in this market. So wait for more aggressive moves from Microsoft. 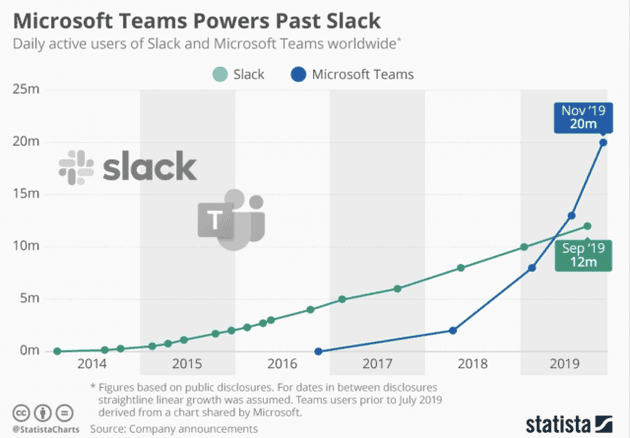