Samsung has now rolled out a new firmware update with version N960FXXS6ETG1 to the Galaxy Note 9 lineup. The new patch update only contains the latest July 2020 Android security patch. Apart from this, we’re not looking at any new features, changes, additions, or even bug fixes.

For those who’re unaware, the latest July security patch fixes four critical Android vulnerabilities along with 14 vulnerabilities that only affect Galaxy devices. The new security patch fixes the wallpaper crash issue that was spotted last month. In this issue, the device was crashing when a certain kind of wallpaper is applied. The two other major fixes are memory leak along with SD card exploit. The former can expose important data while the latter can give unauthorized write access to the external SD card.

It is worth noting that this update is currently available only in Germany. We’re expecting the security patch update to make its way to other markets as well. If you haven’t received the update notification, then you can do so manually. To do that, head over to Settings>>Software Update>>Download and Install.

Galaxy S9 up next? 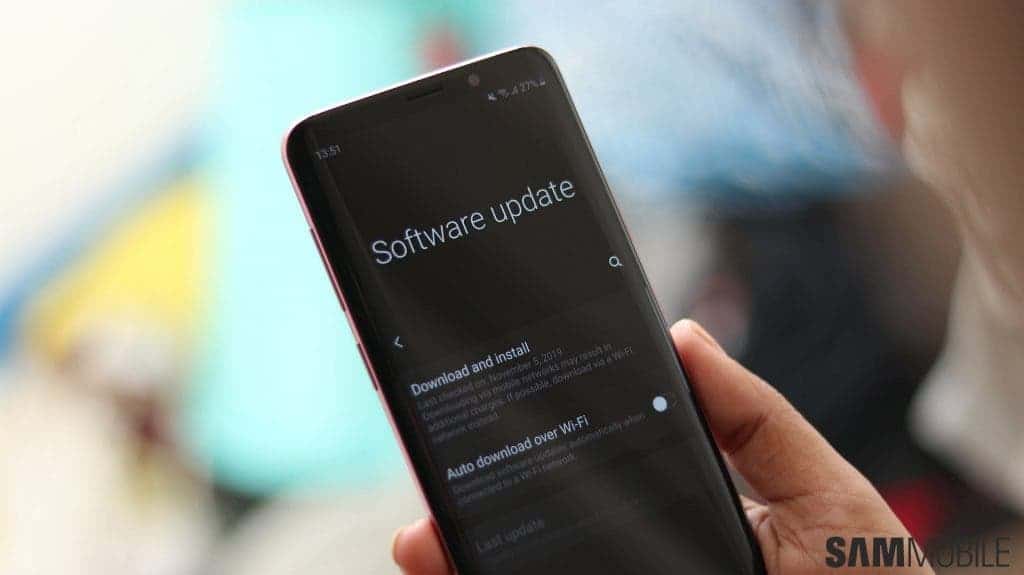 Samsung recently rolled out the latest One UI 2.1 update to its both older Galaxy Note 9 and S9 duos. The new update brought some new additions, features, and improvements to both the lineup. We’re talking about Music Share, Quick Share, new camera modes and features, and much more. With that said, the Note 9 has now received the July 2020 security patch.

It is safe to assume that we will now see the latest Android security patch heading over to the S9 duo as well. We should expect that to happen in the coming days or weeks, at least for the German market. It is also worth noting that the devices will now move over to the quarterly cycle since the three-year update support is about to see its end. This means that Note 9 and S9 lineup will see security updates on a quarterly basis instead of the monthly one.