Also Read:  Canalys: Global Pc Shipments Will Decline By 7% In 2PC Shipments Grew Globally Due To Remote Work and Education020

This quarter Apple’s market share increased from 6.6% in the same period last year to 6.7%. While Apple’s shipments have risen, the growth of the entire PC market has also reached 2.8% growth. 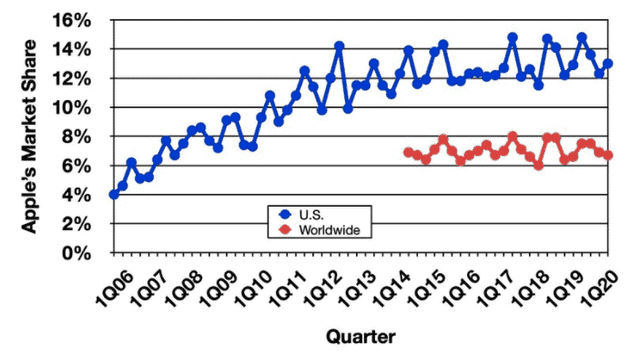 Gartner believes that the increase in PC shipments this quarter was mainly due to the increase in the number of people working from home and online education. So Gartner does not expect this upward trend to continue.

IDC: Global PC Shipments In The Second Quarter Of 2020

Also, IDC believes that the global PC market has grown by 11.2% overall, with a total shipment of 72.3 million units, while Gartner’s data is 64.8 million units. 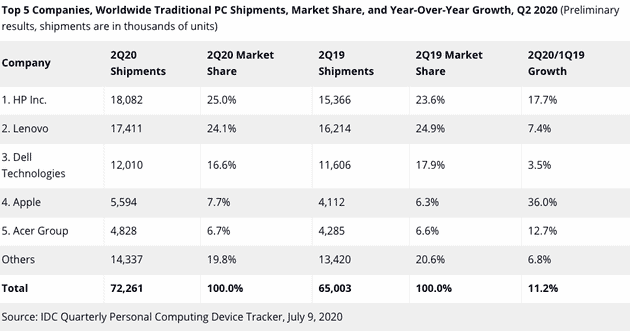 It is worth noting that the data from Gartner and IDC are estimates and cannot reflect Apple’s actual sales. This is also the reason why the two data are quite different.