Innovating new full-screen designs and patenting them seems to be the new hobby for Xiaomi. The latest patent shows a weird but a cool dual-screen waterfall design. Also, there’s a huge singular camera with a ring bulging out at the back.

The patent which was first spotted by LetsGoDigital has been published on China’s CNIPA today. However, Xiaomi seems to have applied for the patent on January 19th this year.

Is this the future of Dual-screen?

Interestingly, the patent also includes coloured renders of the images. Apart from the Black and White schematics making it to 38 images in total. Talking about the device itself, the full-screen display wraps around the phone similar to the Mi Mix Alpha.

The display doesn’t exactly wrap around the entire portion of the rear fuselage. The edge-to-edge screen upfront follows itself only to cover the bottom half of the rear portion. And it shows us both the sides filled with the display and devoid of any buttons.

There is a USB-C port and dual vents which could be for the primary microphone and speaker, or a dual-stereo setup, at the bottom. The top, however, looks to have cut-outs for what looks to be a popup mechanism for the selfie camera and a secondary microphone.

The suspicion arises as we turn ourselves back. Due to the presence of the second screen, we suspect Xiaomi could totally eliminate front camera and allow users to take selfies from the rear camera by switching to the second screen. This means the top cut-out could also be a power on/off button but we are not sure about it yet. 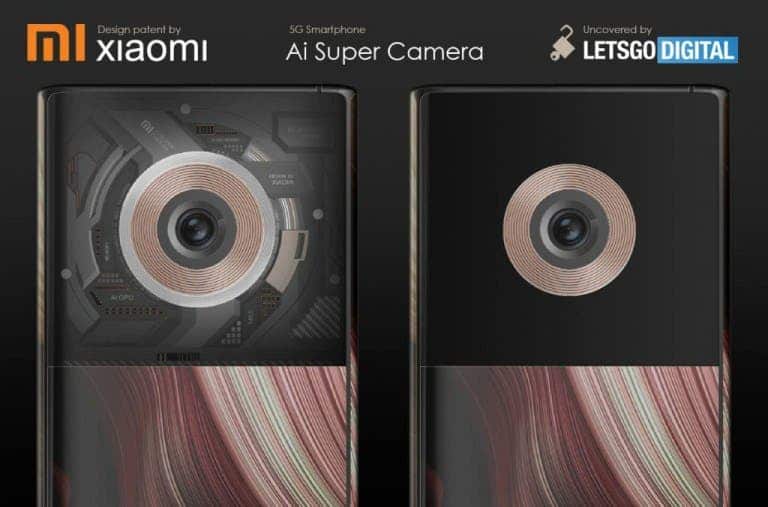 Talking about the camera itself, there are two designs- one with black frame and another transparent one like Mi 8 Explorer Edition from 2018. The camera also has a thick concentric ring sitting flush around the lens like the one found on Mate 30 series.

However, one of the designs show the camera, along with the ring protruding from the frame outwards. This could only mean two things- a separate design or physical zooming like the ones on digital cameras.

The transparent design also gives away details like AI Super Camera, 108MP Mega sensor zoom lens, MIUI, and having 5G IVY650 modem inside. Xiaomi has been patenting a lot of designs lately but not all see the light of the day.

Irrespective of whether this one makes its way, it is a refreshing and promising design than the Mi Mix Alpha and we would love to see this hits the shelves someday.

Huawei begins a battle with Amazon over patent infringement