Since the beginning of last year, we saw the preponderance of foldable smartphones. Chinese manufacturer, Royole, was the first to commercially sell foldable phones in 2018. In 2019, we saw the likes of Samsung Galaxy Fold and Huawei Mate X. Now, we have a couple of foldable phones from multiple manufacturers. However, the top Chinese manufacturer, Xiaomi, is yet to launch its first foldable phone. Apart from the Xiaomi Mi MIX Alpha, we have not seen anything close to a foldable phone from Xiaomi. Even the MIX Alpha does not use a foldable display, it uses a 360-degree surround display. In fact, this phone never hit the market thus, we can safely say that there has been nothing from Xiaomi. 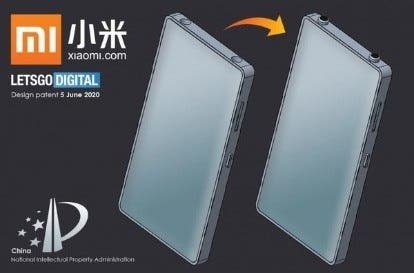 However, Xiaomi already has loads of patents describing foldable phones. As always, the Chinese manufacturing giant always tries to provide high-end tech at a lower price tag. Thus, thee are hopes that if a Xiaomi foldable phone eventually arrives, it may set a new price standard for foldable devices. Xiaomi is one of the first companies to demonstrate a foldable phone last year. However, it is yet to actually launch any. Now, a new Xiaomi foldable smartphone patent has surfaced online.

Xiaomi latest patent may not be a foldable phone

According to recent reports, a new set of design patents for Xiaomi mobile phones hit the web. Its style is very different from existing Xiaomi phones. The device’s bezel design is very “tough” (the middle frame style is similar to the iPhone 4). Furthermore, it uses a true full-screen design (no openings or a special-shaped screen design). While we can not directly call this patent a foldable phone, it has no front camera. This means that the phone probably folds and the rear camera acts as a front camera. Alternatively, this device could use the on-screen camera which is still in development. 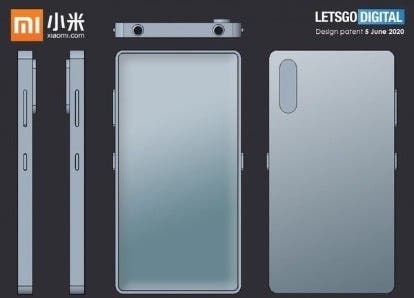 According to reports, before this, the Chinese manufacturer has applied for patents for many foldable phones. These patents includes designs that is quite similar to the Samsung Galaxy Z Flip. Will this patent ever materialize into a phone that will hit the market? Only time will tell what Xiaomi actually plans to do with these patents.