Recently, Honor and AMD have been on everyone’s lips. We know the Huawei sub-brand is going to release a gaming notebook and most likely, it will be powered by the AMD chip. Even if it will not be positioning in the gaming niche, there will be a Ryzen-powered laptop for sure. Moreover, the upcoming Honor MagicBook AMD notebook will be announced in a few days, on July 16. Till the date, we knew only one thing about this product. The Honor laptop should sport the new Ryzen 4000 series with 7nm process and Zen2 architecture. But today, a well-known Twitter user @_rogame announced the configuration of the new MagicBook Pro Ryzen laptop.

In fact, the Honor MagicBook AMD version has appeared in the 3DMark database (mainboard number KLVL-WXX9-PCB). So, we can learn about many features of the upcoming laptop. There are two main versions: 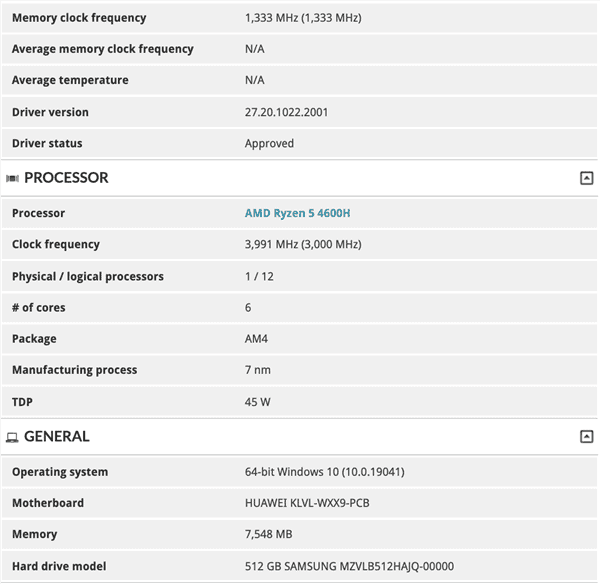 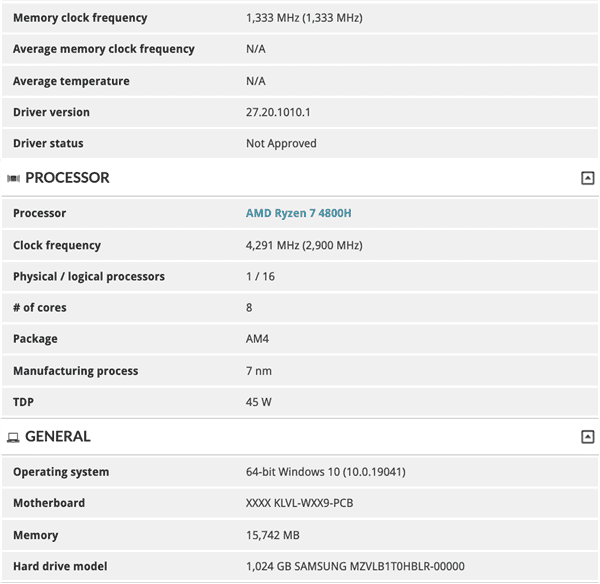 In addition to the difference between the small version of PM981a and PM981, the hard disk may also come from other suppliers. Say, previously, there was a leak referring to the Western Digital SN720 512GB NVMe SSD. Of course, this is also the industry practice.

It should be noted that the Honor MagicBook Pro continues to not use discrete graphics cards. So, the game experience may be weaker. But on the one hand, even if this notebook comes with a standalone graphics card, it will be at the MX350 level. Anyways, the integrated Vega 7/6 is also competent for general games. On the other hand, this can leave more power consumption and heating space to the processor. So, the Ryzen chip can obtain more durable high performance when playing games.

At last, the Honor MagicBook AMD edition will be released on July 16, featuring ‘A + Productivity’.