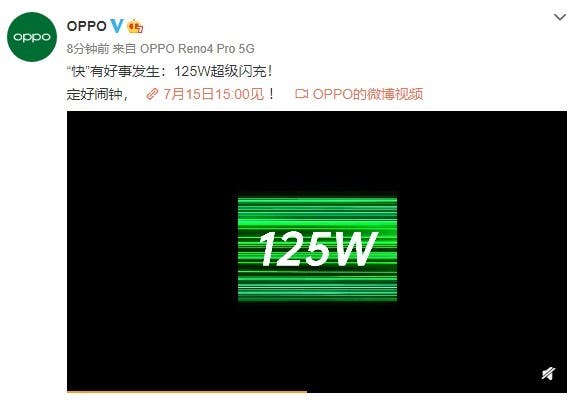 In the past ten years of rapid development of smartphones, battery life has always been a problem faced by major smartphone manufacturers. This has become more obvious, when we entered the 5G era. Due to radio frequency, antenna and other reasons, the power consumption of 5G smartphones have made the situation even worse. So the major smartphone brands should find something that could solve this problem. And it seems, at the moment, they have something worthy to offer. Currently, fast charging smartphones with a charging power of more than 40W are everywhere on the market. It has become one of the most important reference points for consumers to buy smartphones. In this regard, OPPO’s VOOC flash charging has been taking the lead. 50W, 65W, 125W… behind these digital changes is OPPO.

In 2014, OPPO first launched the independently developed VOOC flash charging technology. It was firstly carried by the flagship Find 7. The advertising phrase of ‘charge for 5 minutes and talk for 2 hours’ made everyone think of their preferred smartphone brands and their offers. In fact, it was quite another option rather than the voltage increase to achieve fast charging. Yes, VOOC flash charging technology innovatively adopts a low-voltage high-current direct charging solution, achieving 5V/4A, up to 20W charging power. It can directly charge to 75% (3000mAh battery) in 30 minutes. Due to the voltage decrease inside the smartphone, the heat of the fuselage was less. Also, it was the first to upgrade the 5-pin to 7-pin, which greatly reduced the time for the user to charge the smartphone.

At MWC in 2016, OPPO first proposed the concept of SuperVOOC super flash charging. Its maximum charging power is close to 50W, which greatly reduces the charging time for one and a half hours. In the summer of 2018, the OPPO Find series officially returned. In addition to the groundbreaking dual-track periscope structure full-screen design, the Find X come with the SuperVOOC technology for the first time. It can fill a 3400mAh battery phone in 35 minutes. The OPPO R17 Pro and OPPO Find X (Quick Charge and Lamborghini) released in the same year. OPPO has achieved 35 minutes for charging from 0 to 100%. 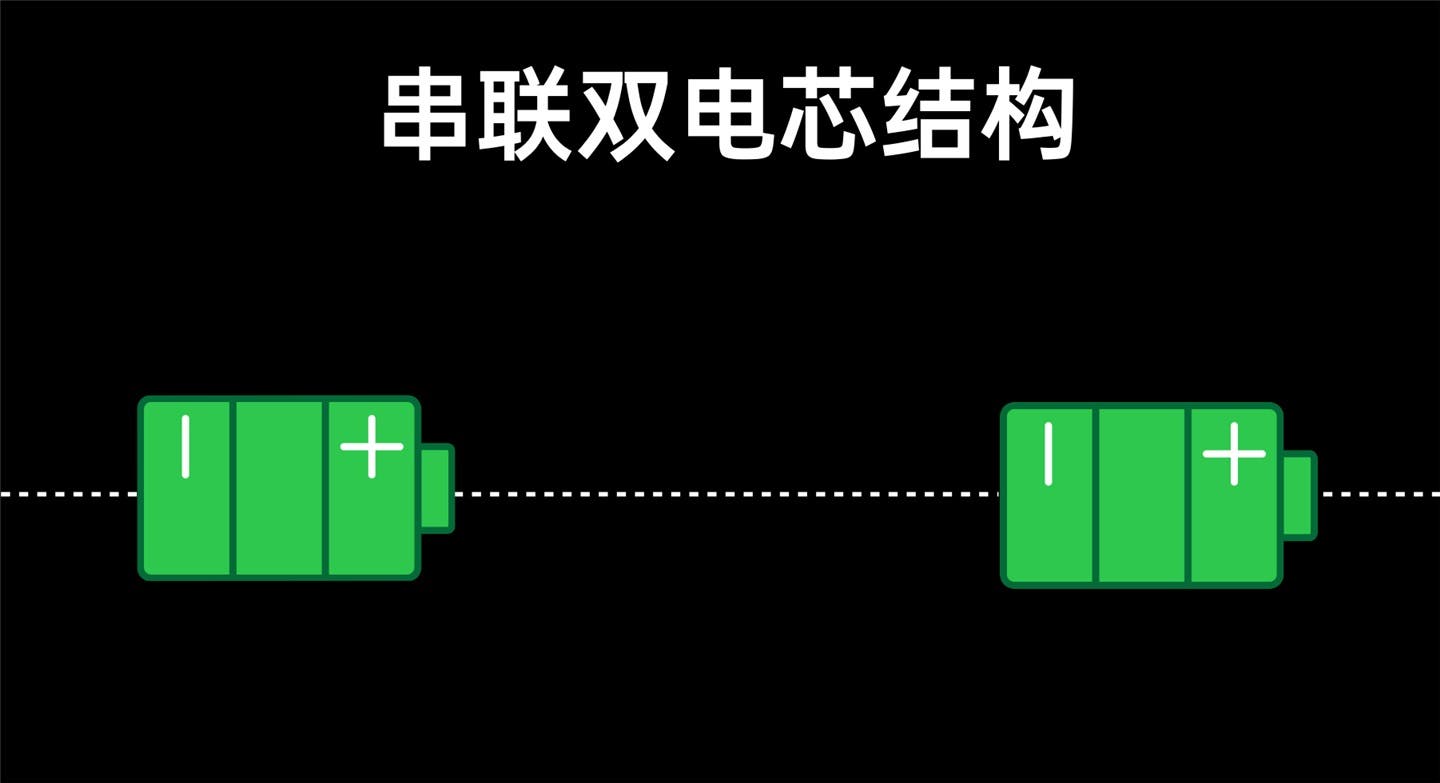 The biggest technical highlight of SuperVOOC is the use of two major technologies of dual cells and rear-stage charge pump. The high voltage output at the adapter end is loaded on the battery cells. The voltage on each battery cell is only half of the output voltage. And each battery cell bears 5A5V, which guarantees safe current and voltage. At the same time, in order to reduce the voltage at the battery output, SuperVOOC also uses charge pump technology. It’s dubbed as chargepump. During the discharge of the cell, the charge pump can be used to halve the voltage of the dual cell to reach the voltage that can power the smartphone. In order to step down the charge pump, OPPO also designed a step-down chip to control the entire discharge circuit.

In 2019, VOOC 3.0 flash charging technology was released. It first appeared on the new Reno series. VOOC 3.0 is still 5V4A, but the new VFC algorithm is upgraded. And there are many other improvements such as the improved trickle charging, and the trickle charging speed is increased by 200%. Thus, it significantly shortens the last 10% of the charging time.

In September 2019, OPPO released three major VOOC flash charging technologies in one go. They are: 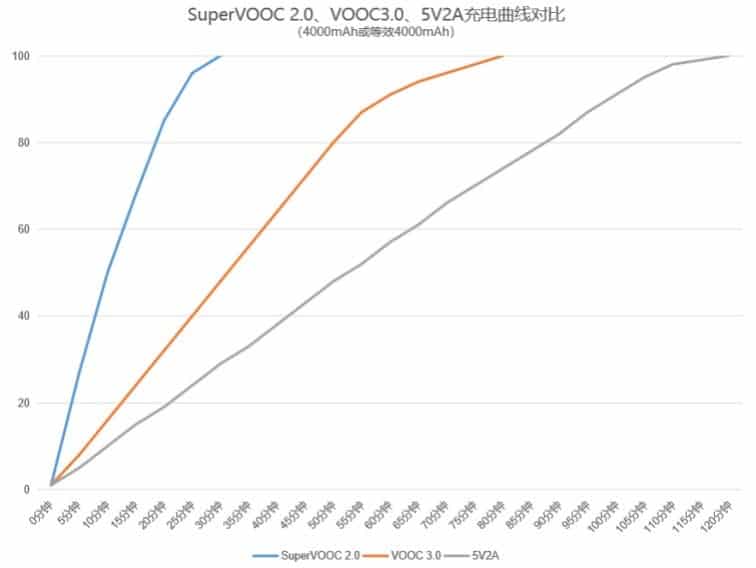 In October of the same year, the first OPPO Reno Ace smartphone with 65W SuperVOOC2.0 super flash charging technology was officially released. This was the fastest charging technology in mass production at that time. It allows a 4000mAh battery to fully charge in 30 minutes. The slogan ‘Charge 5 minutes, call for 2 hours’ is the best description of SuperVOOC 2.0.

SuperVOOC 2.0 uses high-frequency and high-efficiency GaN (gallium nitride) power devices for the first time. The size of the adapter is greatly reduced, the charging speed is faster, and the heat during charging is effectively reduced. On the battery side, OPPO uses pole ear centering on dual cells for the first time to reduce the internal resistance of the battery. The battery circuit uses a separate design of the charging and discharging circuit to shorten the charging path and further reduce the internal resistance. The charging speed has been doubled. In addition, SuperVOOC 2.0 also uses charge pump buck technology and VFC fast charging algorithm to support PD and QC 18W fast charging.

Wireless charging has been quiet for many years, AirVOOC is holding back 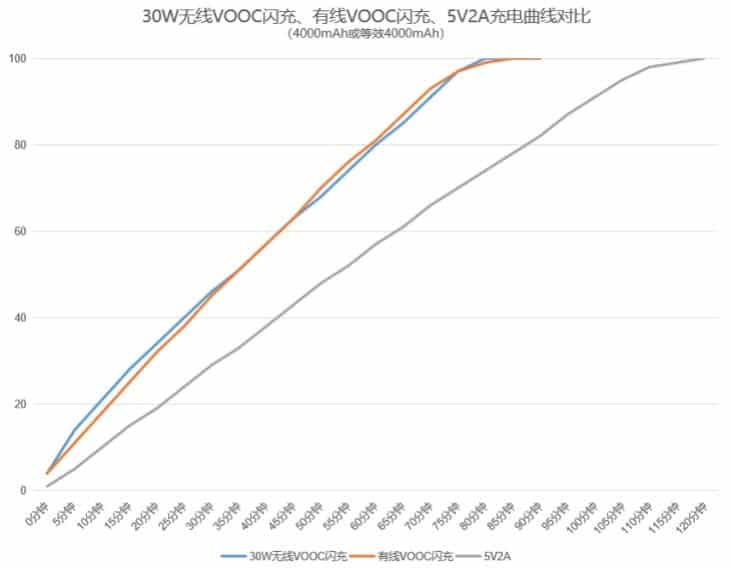 SuperVOOC technology is positioned as a high-end platform. It has a higher charging efficiency, making the OPPO flagship machines provide a better performance than other flagship models on the market. AirVOOC wireless flash charging further enriches the types of VOOC platforms and helps OPPO create a full scene flash charging experience.