The Huawei Mate 40 series is coming very soon and the anticipations are getting stronger. Although we have a few official confirmations, most of the reports on this series are speculations. According to another speculation, the Huawei Mate 40 series may arrive in four versions. The report on Weibo (@鹏鹏君) claims that this series will have Huawei Mate 40, Mate 40 Pro, Mate 40 Porsche Design, and Mate 40 Pro+. In addition, the entire series supports 5G and is currently stepping up manufacturing and key debugging. 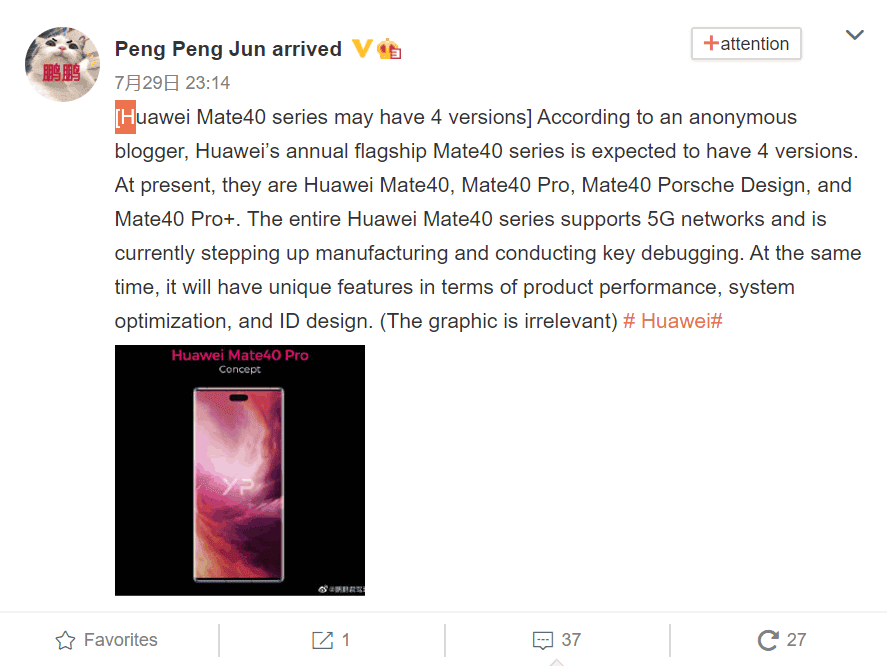 Although the source of this information is associated with a couple of authentic reports, there is no official confirmation that the Mate 40 series will have a Mate 40 Pro+ and a Porsche Design version. Thus, it is best to take this with a grain of salt.

Next Qualcomm hints: Apple iPhone 12 series release will be postponed