According to a Weibo user, the first batch of Huawei desktop computers will be launched soon. Also, he proves the will come with a 24-core Kunpeng platform. At the same time, the graphics card will be AMD’s Radeon 520.

As we have reported previously, the Huawei desktop has an internal code of Pangu. Initially, there will be only one model that will use a self-developed 24-core Kunpeng platform. Also, the manufacturer will put an 8GB notebook memory, a 512GB Samsung SSD, and AMD’s Radeon 520 graphics card. In addition, this processor’s multi-core performance is slightly better than that of the Intel i9-9900K. However, the single-core performance is not mentioned. 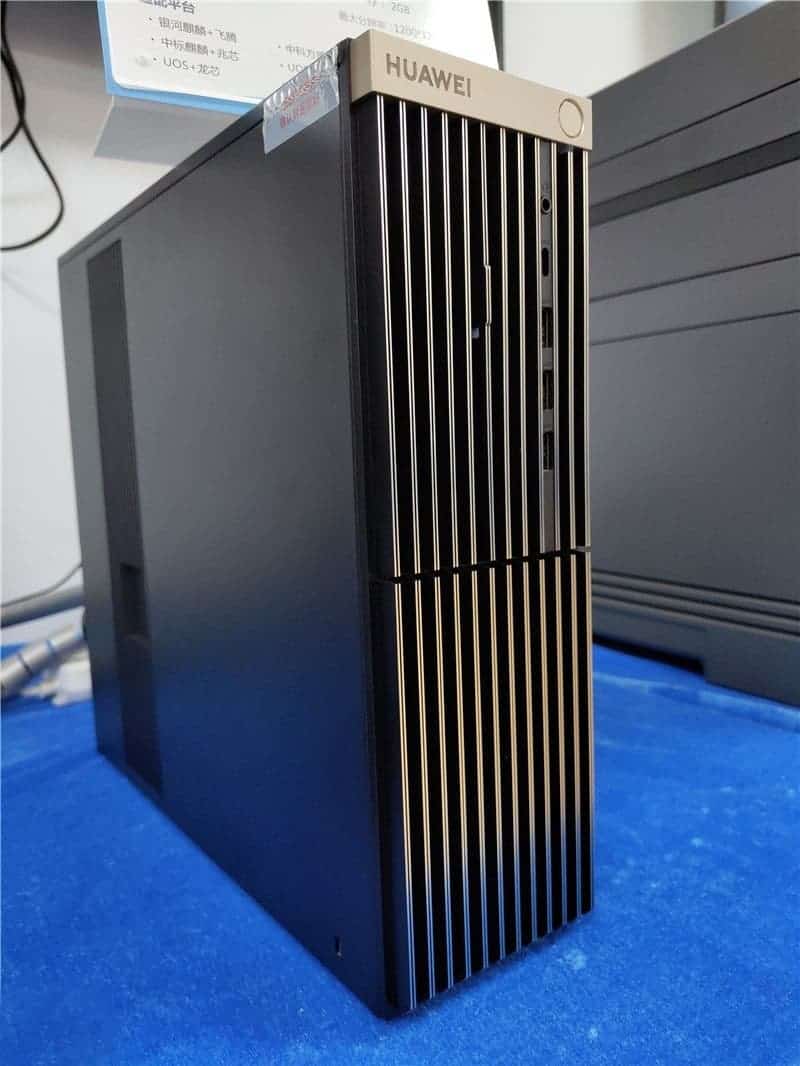 The Huawei desktop is exclusively for government and enterprise customers. It runs on a domestic UOS system and cannot install Windows. In terms of expansion, this desktop does not support other types of graphics cards, and the CPU board cannot be removed.

Also Read: Huawei To Replace Windows 10 With Harmony OS 2.0 In Its Pcs

Earlier, a Twitter tipster revealed almost everything concerning the Huawei Desktop. It adopts a simple and commercial design. There are three USB-A and one USB-C ports and a headset port on the front. It can also come with an optical drive. The rear I/O panel has four USB-A interfaces, a network cable interface, and a VGA interface.