According to IDC, in the second quarter, the Indian smartphone market – the second largest in the world – showed a sharp decline (-50.6%) compared to the same period last year. In total, 18.2 million devices were shipped in the quarter. At the beginning of the quarter, suppliers faced severe supply chain disruptions and shortages continued through the end of the quarter as factories were operating at incomplete capacity even after the lockdown was lifted. Components and parts stuck in ports awaiting import permits. By June, there was an increase in sales mainly due to deferred demand, but they were limited by product availability. 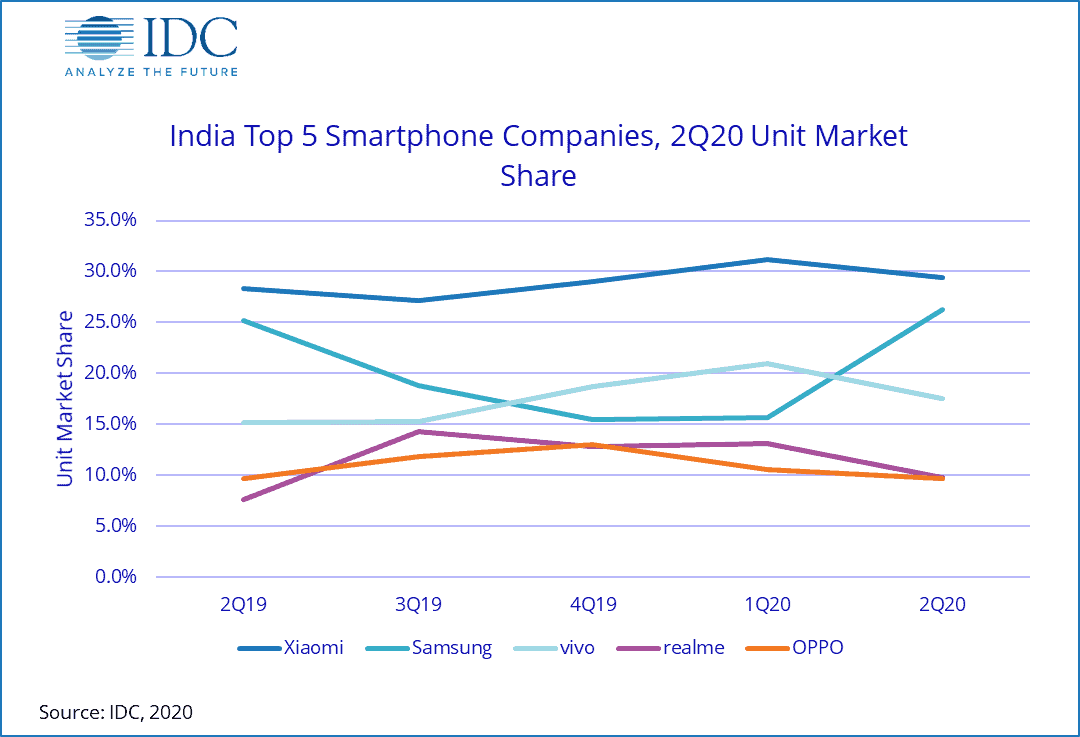 It is noteworthy that in the first quarter the market even grew slightly – by 1.5% in annual terms. Then it was shipped 32.5 million smartphones.

The average selling price of smartphones in the second quarter remained unchanged at $161. The already largest segment of devices under $200 has reached its maximum size at 84%. The share of the sub-segment “less than $100” for the year increased from 20% to 29%. Moreover, one-third of the deliveries fell on only one model – Redmi 8A Dual.

10 million cell phones were shipped in the quarter, accounting for 35.5% of the total smartphone and cell phone market. 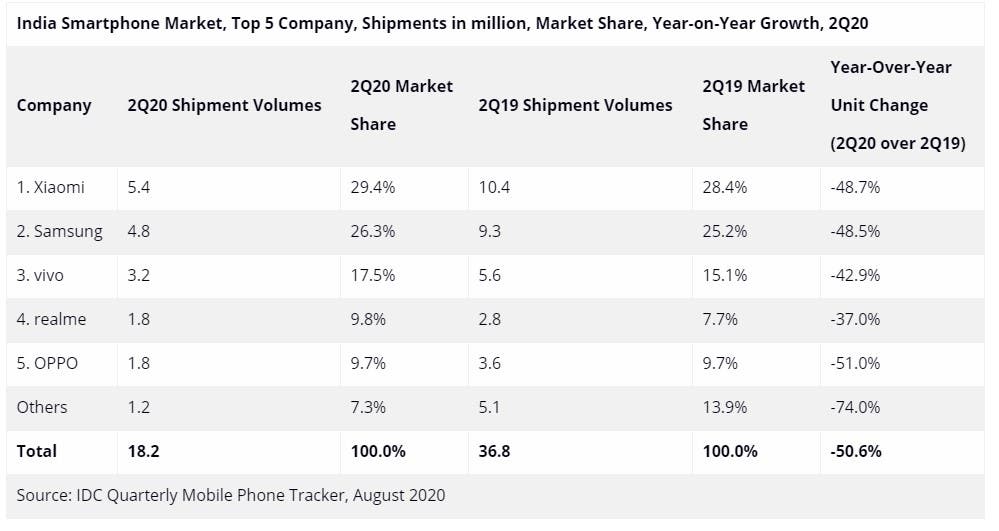 Navkendar Singh, Research Director, Client Devices & IPDS, IDC India mentions, “The ongoing supply chain challenges forced the brands to go for direct imports to meet the pent-up demand post-lockdown, especially in June, adding extra cost pressures. Further, this surge in demand should continue throughout the first half of 3Q20 as well. Requiring a steady supply of devices in the market. IDC expects the market to show signs of recovery in the second half of the year, as we approach the festive quarter with the majority of the consumers looking to buy low-end and mid-range devices. However, this will be dependent on brand marketing and channel initiatives, especially by eTailers during the festive sales. Brand initiatives around multi or hybrid channel strategies will also play a key role as offline partners and brands will be looking for pockets of growth in these crucial next few months.”

Previous Huawei Mate X2 to get an inward folding screen