Xiaomi is celebrating 10 years of its origin on August 11th and Co-Founder Lei Jun will give a special speech on the journey in addition to launching special editions of the Mi 10 and K30 Pro.  And now, a new rumour suggests that Mi 10 Ultra will be the first phone in the world to sport a fully developed under-screen camera at the front. A leak on storage variants also suggests that Mi 10 Ultra will come in 8/12GB RAM and 256/512GB storage.

The latest leak comes from reliable tipster Ross Young of DSCC who says that Mi 10 Ultra (aka Extreme commemorative edition in China) will have the selfie camera hidden under the display panel. According to his sources, the device will most likely be a demo product meaning it’s a concept but we are not sure if Xiaomi is launching two versions of Mi 10 or just the one with an under-screen camera.

It will likely be the first phone with an under panel camera. But volume will be (shockingly) small…:) Mostly a demo product from what I hear.

He has also mentioned specifically that the volume will be shockingly small meaning we could see a similar situation like the Mi Mix Alpha that was produced in very limited quantities, again. That said, even if it’s a conceptual device, it is sure to surprise consumers.

Furthermore, Some newly leaked renders have surfaced on Weibo and they show us a different picture. Images leaked on Weibo shows us what could be another version with a punch-hole selfie camera on the front. The rear panel shows a huge and revamped rectangular layout for cameras.

We can see three huge sensors and a periscope lens accompanied by a LED flash. Rumours also say that the device will have a version with a transparent rear panel. 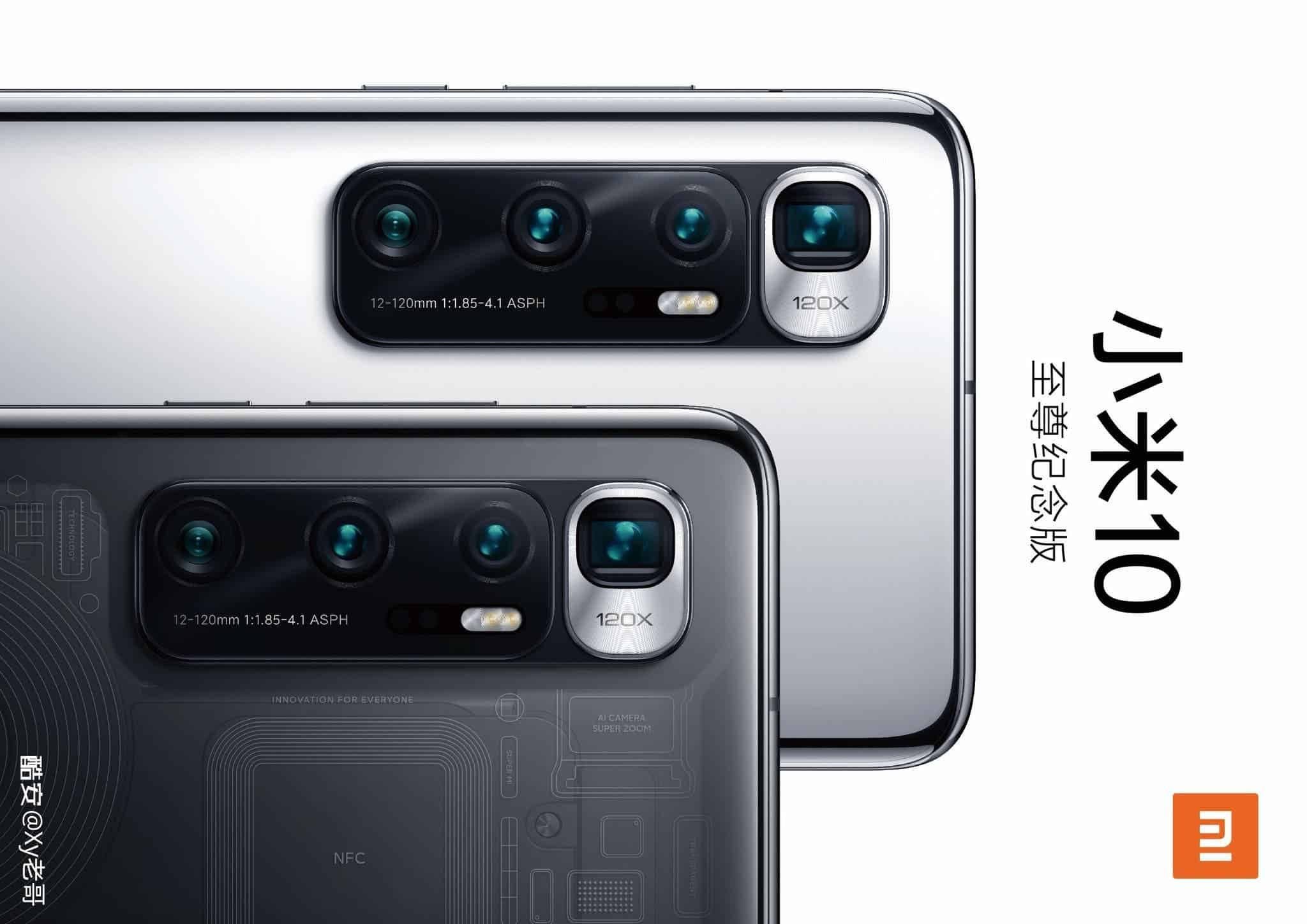 Rumours say that the device will replace the Telephoto lens on the older Mi 10 and have digital zoom up to 50 or 100x but we will have to wait more on that. However, the render clearly shows a 120X periscope Zoom. Moving on, the device in render has two colours- one black and the other seems to have a ceramic coating on it.