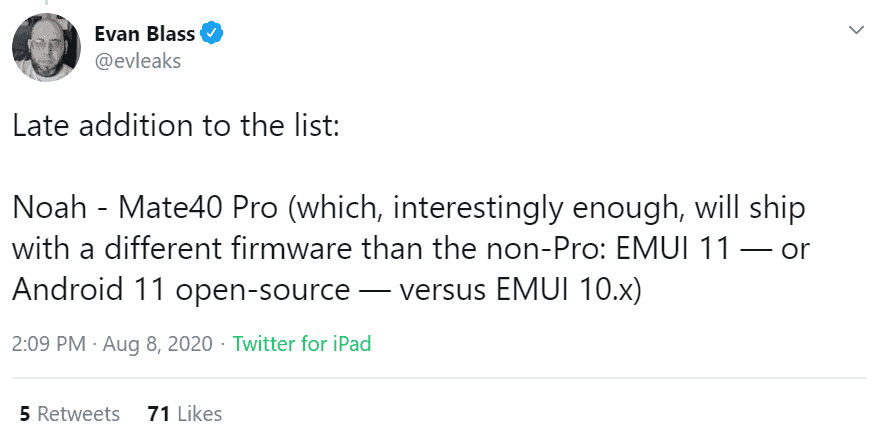 At the upcoming Huawei Developer Conference (HDC) 2020, the company will release its new system, EMUI 11. This system will be based on Google’s open-source Android 11. Recall that at HDC 2019, Huawei released its first system based on Android Open Source Project (AOSP). Of course, this system arrived with the Huawei Mate 30 series which uses EMUI 10 on top of Android 10.

The codename of the Huawei Mate 40 series is “Noah”. This will be the first time that a single Huawei series will ship with different EMUI versions. Presently, there is no explanation as to why Huawei will use different software for the same series. We want to believe that the Mate 40 will be one of the first devices to update to EMUI11 (Android11).

Furthermore, there could also be another model in this series – Huawei Mate 40 Lite. It is almost certain that the Mate 40 Lite will ship with EMUI 10.1. To get more information, we will have to wait for HDC 2020. This event will hold from September 10, 2020, to September 12, 2020. Since the coronavirus is still very much around, it will rely on online presence more.