Last week, Google announced its final beta version of the Android 11 operating system suggesting that we will soon see the stable version. While you might be waiting to try out the stable version, we have yet another information on the upcoming Android OS. It looks like the search engine giant is planning to bring a useful feature to the software. We’re looking at the autofill for passwords integration to the keyboard itself.

Android 11 to bring autofill for passwords right to the keyboard itself!

With the new feature, it looks like Google is trying to make the whole dealing with login information easy. Previously, the giant brought the biometric authentication and touch-to-fill system to its Chrome browser. It is now planning to improve the whole dealing with login information easier even further. According to a recent report by Android Police, we will see autofill API support integrated with the keyboard in the next iteration of the Android operating system. 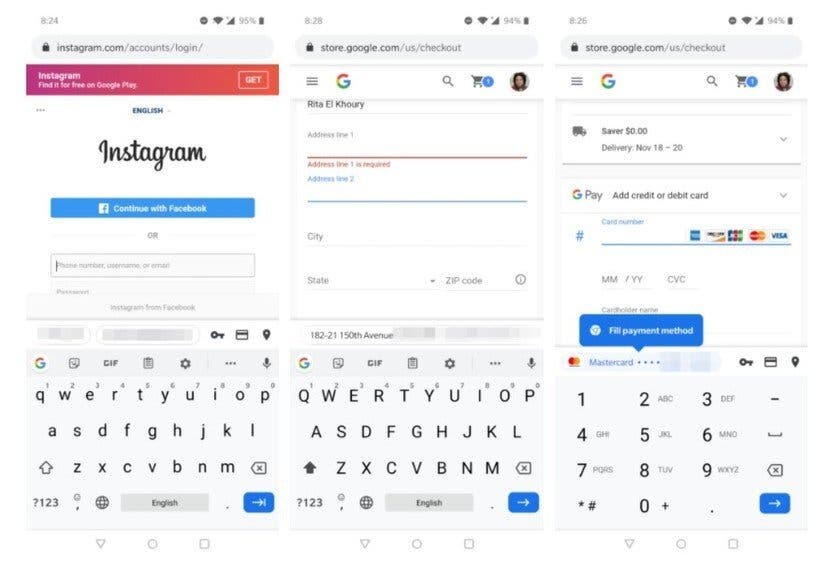 That’s not it! the API will also support third-party password managers such as LastPass or 1Password. The upcoming feature will allow Android users to make use of login information right from the keyboard. You will be able to automatically fill the username and password by making use of the option that will present in the top bar of the keyboard. At the time of writing this, Google is currently testing the feature with its Gboard keyboard.

With that said, we might see the beta release of the feature before the official launch. Speaking of release, the stable Android 11 might go live next month. It might happen on September 8 if the recently uploaded video by Google Developers is to go by. Of course, you will have to be on the latest Android 11 to use this feature once the beta begins.

While the autofill for passwords in keyboard would be new for stock Android 11 users, most of the Samsung device owners are already enjoying it. The South Korean giant brought the new feature with its One UI 2.1 software. If you’re using Samsung smartphone with One UI 2.1, you might already be aware of this Samsung Pass integration. If you’re living under the rocks, then you can now access saved login and payment information by tapping the three dots (more menu) in the Samsung Keyboard.