While Realme is launching its Realme C12 smartphone in India on August 18, the Chinese smartphone maker has already made it official in Indonesia. Unsurprisingly, Realme C12 shares a lot of hardware from the previously launched Realme C15 smartphone. For instance, it comes with a massive 6,000 mAh battery, Helio G35 chipset along with a large 6.5-inch IPS LCD panel. 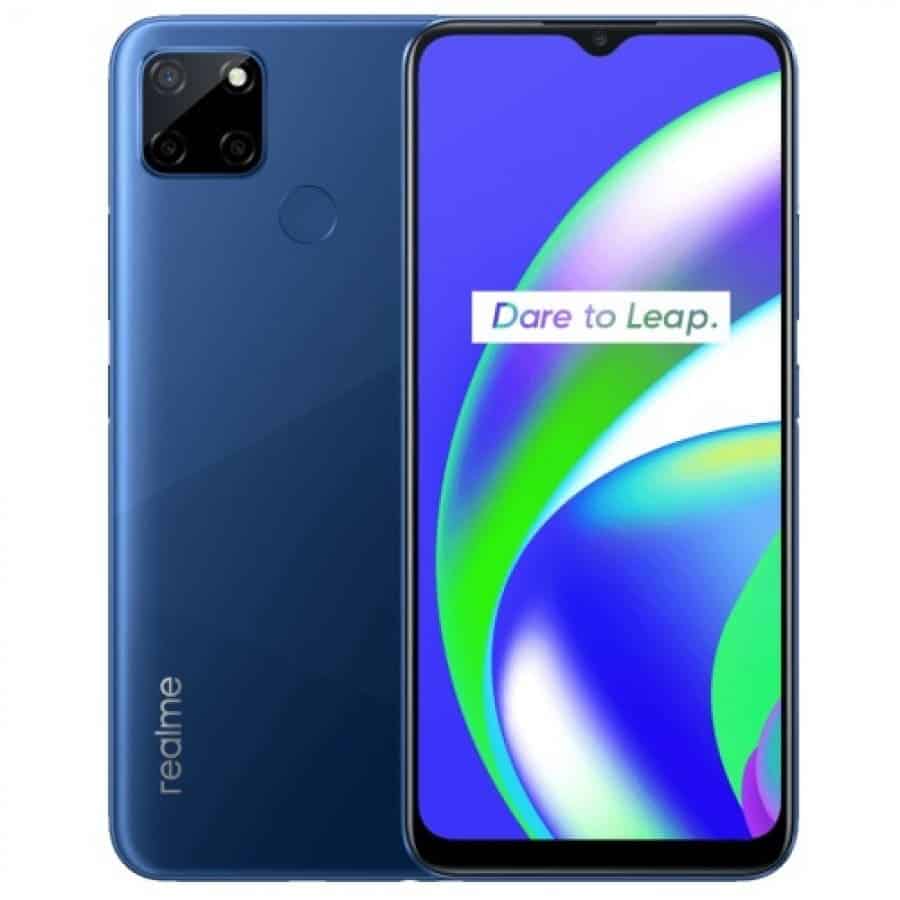 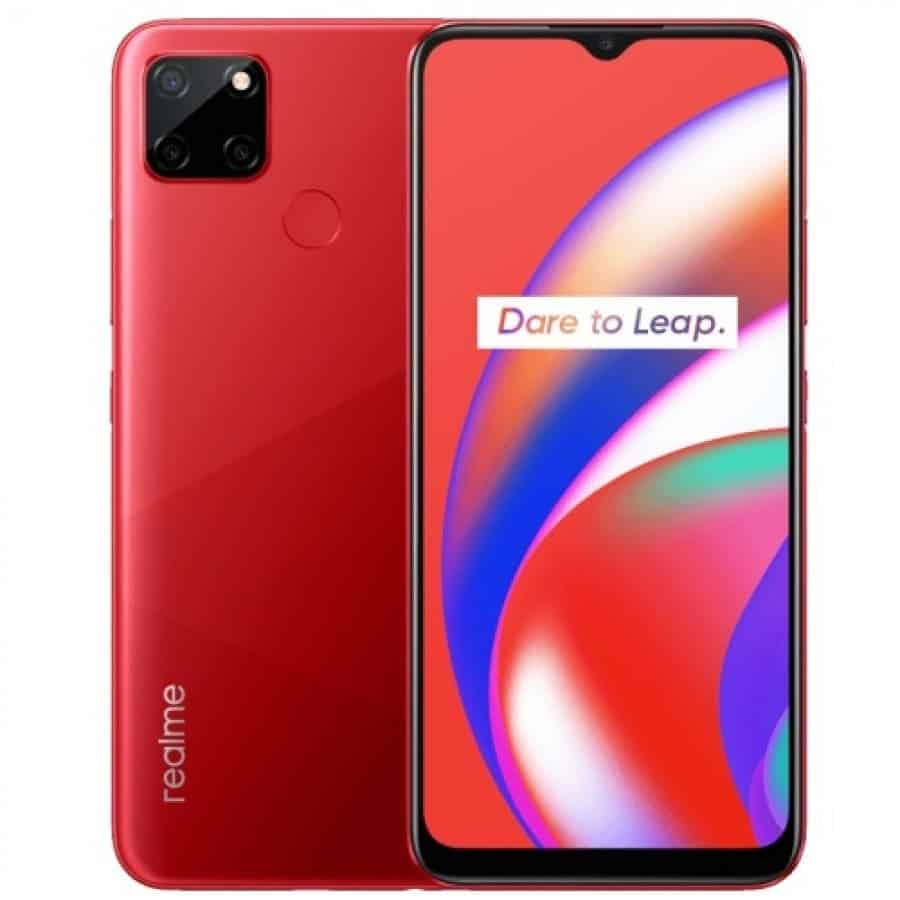 Before we talk about what the smartphone brings to the table, let’s take a look at the official pricing first. The smartphone comes in a single storage configuration featuring 3GB RAM and 32GB built-in storage. Realme C12 will set you back around IDR 1,899,999 (i.e. $128). Although interested buyers can get the device at a limited price of IDR 1,749,000 (i.e. $117). Lastly, it is available in two color options namely Marine Blue and Coral Red. 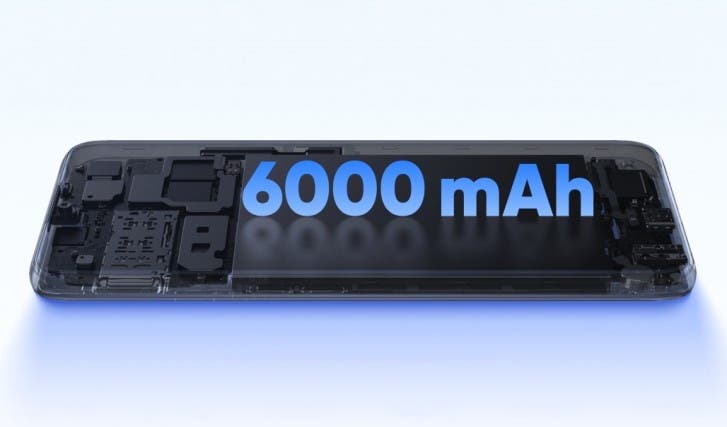 Talking about the specs and features, Realme C12 is equipped with a 6.5-inch IPS LCD panel having an HD+ resolution. Under the hood, it makes use of a MediaTek Helio G35 chipset paired with 3GB RAM and 32GB onboard storage. If the built-in storage is not enough, you can easily expand it via a microSD slot.

For optics, we’re looking at a triple camera module on the back. The setup features a 13MP primary sensor along with two 2MP auxiliary sensors. For selfie, there is a single 5MP front snapper housed inside the waterdrop notch. The key attraction of the device is the gigantic 6,000 mAh battery packed inside. Although the battery is quite huge, the charging remains the traditional old 10W solution. 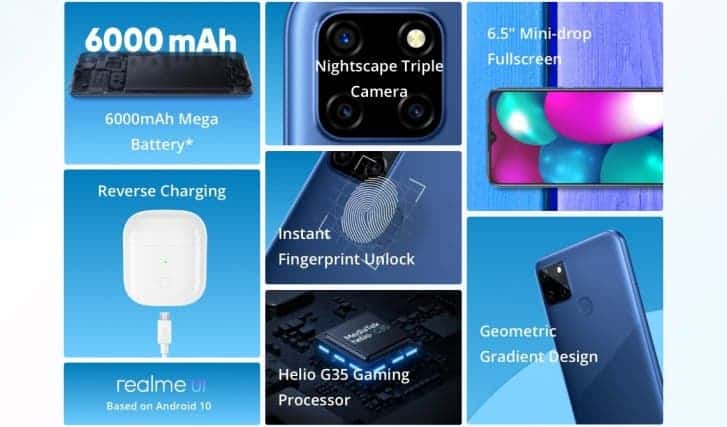 You do get the latest Android 10 operating system with Realme UI skin on top. For biometrics, there is a physical fingerprint sensor on the back which according to the brand unlocks your device instantly. Lastly, we’re looking at the capability of reverse charging meaning you can charge your other products using your device.

With that said, the device will soon see its official launch in the Indian market alongside the Realme C15. The Indian variant of both devices should also feature the same hardware and design.