Today, following the schedule, Xiaomi announced the first gaming notebook under the Redmi brand. The Redmi G comes with a starting price of 4999 yuan ($719). 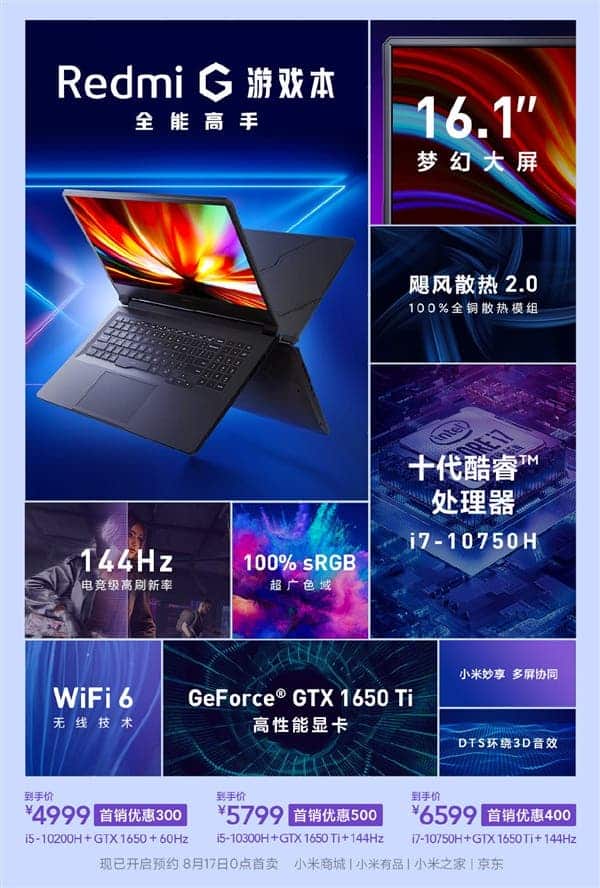 It uses a 16.1 large-size 100% sRGB full screen. Its refresh rate has reached 144Hz. The Redmi G is also equipped with a tenth-generation Intel Core processor. At the same time, the GTX 1650 series graphics cards can play various large-scale games smoothly.

The Redmi G gaming notebook sports a 512GB PCle solid-state hard drive and a 16GB DDR4 2933MHz dual-channel large memory. It has a dual M.2 SSD storage interface. So it can support up to 2TB hard disk capacity expansion. At the same time, the memory can be expanded up to 64GB.

It is worth noting that the Redmi G gaming notebook also has an Fn+K performance smart selection mode. Once pressed, it can switch to full-speed mode, balanced mode or quiet mode. So with one click, it will meet the needs of different use environments such as gaming, learning, and surfing on the net.

In terms of heat dissipation, the Redmi G comes with the Hurricane Heat Dissipation 2.0 system. The internal body uses a 100% all-copper heat dissipation module. The latter increases the thermal conductivity by 87%. Also, it has a six-fold three-dimensional heat dissipation design to faster take the heat out.

Of course, we are dealing with a gaming notebook that supports the latest WiFi 6 standard. According to the official introduction, the theoretical maximum speed of Redmi G is about 2.7 times higher than that of the previous generation. It supports 2X2 MIMO dual-antenna WLAN technology. Thus, it has faster connection speed, lower latency, and carries a Gigabit wired network card interface.

This laptop supports displaying five screens at the same time. Apart from this, it supports two-way mutual transmission between smartphones and space editing. 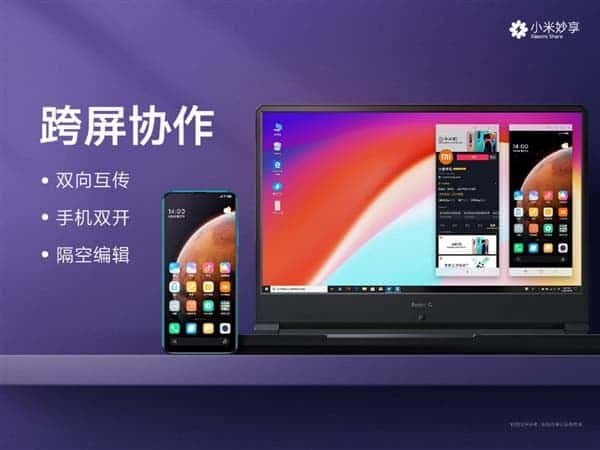 It will officially go on sale on August 17.

Next Realme C12 goes official with a price tag of $128