Huawei’s hopes of growing and promoting its products are clouded by a problem with TSMC’s Kirin chip production. In the near future, a replacement for TSMC is not on the horizon, and the future Kirin 9000 (or Kirin 1000) could be the last processor created in cooperation between the two companies. It will be interesting to see what its flagships of the Huawei Mate 40 family will be.

The announcement of smartphones is expected in September, while insiders continue to supply information on what they will be. It is already known that the line will include four models, where, in addition to the traditional basic and Pro versions, the Huawei P40 Pro + and Huawei Mate 40 Porsche Special Edition will be presented. All new items should receive a Kirin 9000 (or Kirin 1000) chip. In addition to 8/12 GB of RAM and up to 512 GB of storage. 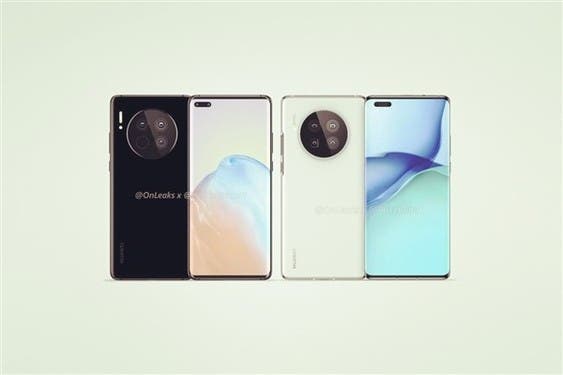 The Pro version should be equipped with a curved 90-hertz display, a 4600 mAh battery, a 32-megapixel front camera and a multi-module rear camera. It will have a ToF sensor and support for 5x optical zoom. The Huawei Mate 40 Pro is expected to be priced between $ 860 and $ 1,065, depending on storage capacity.

On September 5, the company could announce the premiere of the flagship chip Kirin 9000 (Kirin 1000) and, possibly, the release date of Huawei Mate 40 will be announced on the same day.

According to Huawei’s consumer business CEO, Yu Chengdong, stated that Huawei’s consumer business sales revenue in the first half of the year hit 255.8 billion yuan ($36.8 billion). In addition, the company shipped about 105 million units. He also revealed that the Huawei Mate 40 series will use the Kirin 9000 chip. This will be the last generation of Kirin flagship chips for now. This is due to the recent ban on Huawei by the U.S. government. Yu Chengdong said that Kirin’s high-end chips are out-of-stock and there will be no reproduction anytime soon.

Recently, a recent report from @evleaks claims that the Huawei Mate 40 will not be widely available. This is because Huawei does not have enough chips to produce this smartphone. Previous reports show that the Mate 40 and its Pro sibling will use different firmware. While the Mate 40 Pro will use EMUI 11 (Android 11), the Mate 40 will come with the EMUI 10.x system.

EMUI 11 will be official at Huawei Developers Conference (HDC) which will hold from September 12. Recall that EMUI 19, Huawei’s first EMUI system based on the Android Open Source Project (AOSP) also arrived at HDC 2019. On Huawei P40 mobile phones, Huawei no longer uses Google GMS, and instead uses its own HMS ecosystem.

Next Huawei: no more Android updates, the temporary license has ended