According to fresh information from SensorTower and Statis, Apple achieved a record $22.2 billion in revenue from gaming apps in the App Store during the first six months of 2020. That represents a nearly 23% year over year growth, which managed $18.1 Billion in gaming incoming for the first half of 2019. During the April – June period alone, Apple earned a whopping $11.6 billion amount while Google’s Play Store managed $7.7 Billion during the very same period. Based on this is impossible to not state that the gaming range is a growing segment in smartphones.

A massive revenue is coming from mobile games

As a whole the Cupertino-based firm racked in 52% more revenue from mobile gaming in the first half of 2020 compared to Google. The search giant amassed a combined $14.6 Billion. One area where Google managed to outpace Apple is the total mobile game downloads category with 22.8 Billion installs in H1 2020 compared to 5.7 Billion from App Store. 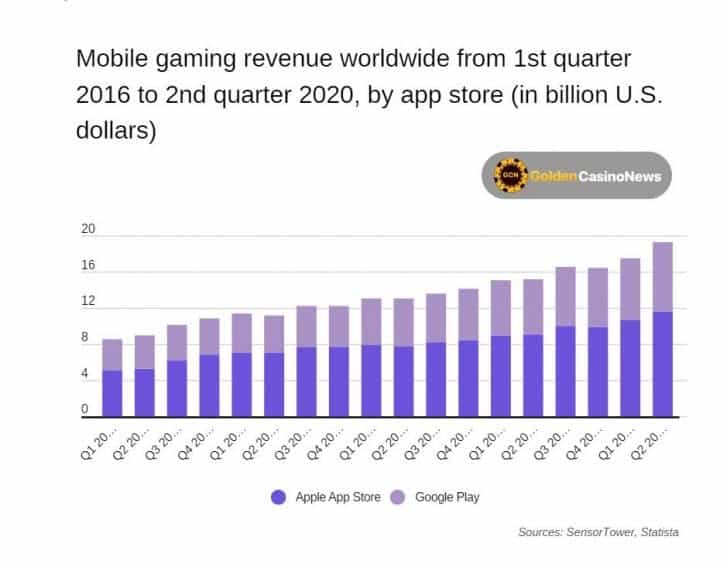 According to Sensor Tower, during the first quarter of 2020, Google Play hit 10.4 Billion mobile games downloads. That is a massive 39% jump year-on-year. The number of downloads continued rising and jumped to 12.4 Billion in the second quarter of the year. Statistics show the total number of downloads in Google Play store during the first half of 2020. It crosses 22.8 Billion, a 52% increase year-on-year.

THese numbers are good way to show the increased number of users engaged during the pandemic. According to recent information from SensorTower, PUBG Mobile and Honor of Kings were the two top-grossing gaming during the first half of 2020. Both games earned just over $1 billion in revenue for the period. Interestingly enough, Monster Stricke rounded out the podium with an estimated revenue reaching whopping $632 million. 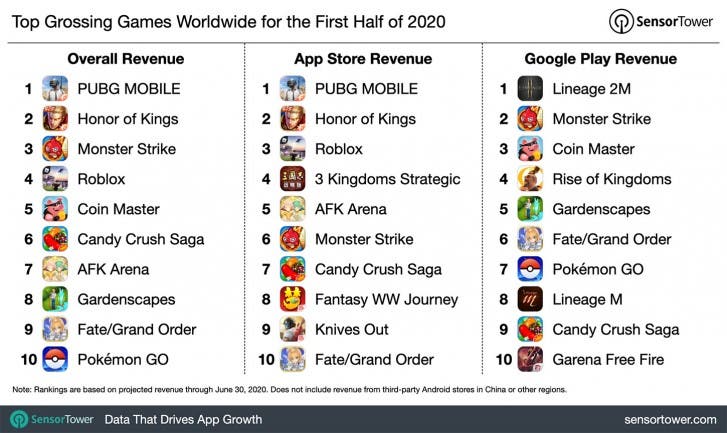 It’s interesting to see how these numbers reflect the overall growth experienced by the mobile gaming range. It has been growing since 2018, however, this year we had another factor to take in consideration – COVID – 19. With billions stuck at home, the mobile games became one of the most viable options. The lockdown played a big role, but even after it, we keep experiencing a growth in the revenue generated from games.

This is particularly important for Apple, since the company wants to reduce the dependence on its hardware segment. Previous reports suggested that the Apple Arcade was far from the company’s original intentions. With this in mind App Store has a thing or two to teach to the company. The interest on mobile games surely isn’t the reason for Apple Arcade low engagement.