After launching the Galaxy Tab S7 duo, Samsung is now planning to bring a new budget Android tablet to its portfolio. We’re talking about the upcoming Galaxy Tab A7 10.4 (2020). After the recent leak of price and launch date, we now have the render images of the tablet. As expected, this leak is coming from the popular and reliable tipster Evan Blass. 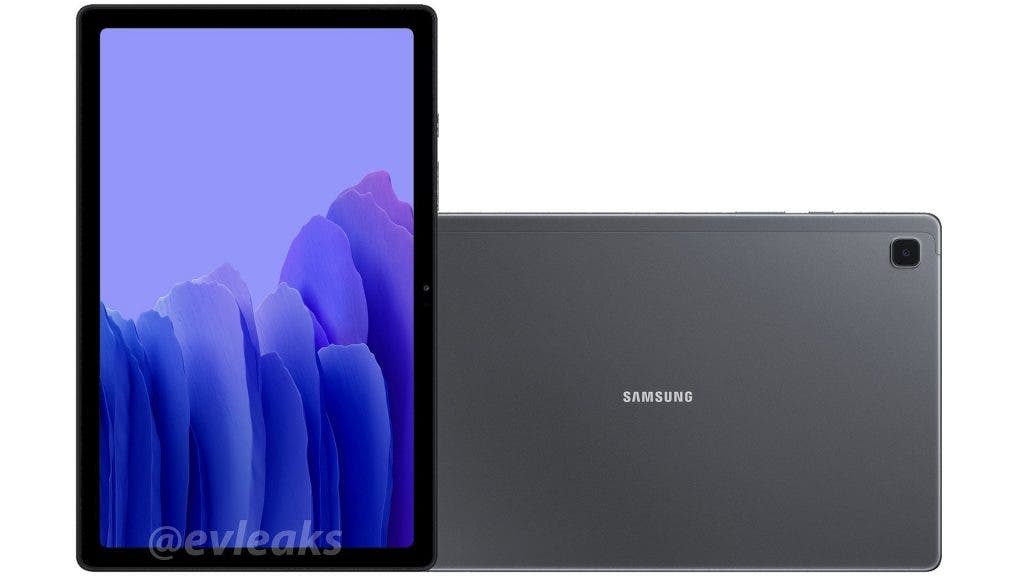 Blass has posted the render images of the budget tablet on his Patreon account. The leak showcases the Galaxy Tab A7 10.4 (2020) in two different color options namely Gray and Gold. As you can see, the tablet seems to feature a single camera sensor on the back with the company’s logo in the middle but in a vertical orientation. On the front, you can see a display with thick bezels and of course, a front selfie sensor on the vertical sides. This new logo and camera placement make sense considering most of the consumers will use the tablet in a vertical orientation.

Sadly, the render images don’t really show the sides of the smartphone. Thankfully, we already know what to expect from the product. As the name suggests, we’re looking at a large 10.4-inch display with an FHD+ resolution (2000 x 1200 pixels). Under the hood, the budget tablet will make use of Qualcomm Snapdragon 662 chipset paired with 3GB RAM. For built-in storage, there will be either a 32GB or 64GB options. We’re expecting the built-in storage to also be expandable. 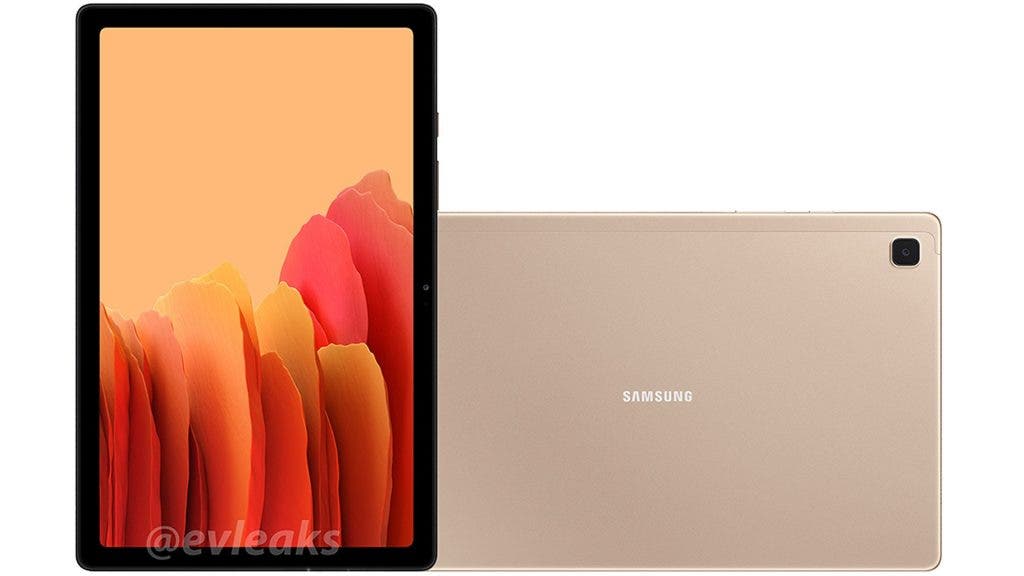 Samsung Galaxy Tab A7 10.4 (2020) will arrive in two different variants namely WiFi-only and LTE. According to the report, the tablet might release in Europe by September 11. The 32GB WiFi version will cost you 235 Euro while the LTE version of the same storage will set you back 293 Euro. The 64GB tablet is expected to come with a price tag of 266 Euro and 323 Euro depending on the connectivity. With that said, we should expect more information coming to the surface soon.