These builds are reportedly based on Android 10, not Android 11 as expected. The company later provided additional clarifications on this matter. The Chinese giant first confirmed that some Android 11 features will be included in EMUI 11. This means that the final version of EMUI 11 will likely remain based on Android 10, just like the beta releases.

EMUI 11 is built on three pillars: privacy, security and user experience enhancement. The developers have updated the Always On Display feature with new themes and settings, redesigned the interface that is now focused on the center of the screen, improved sound, design and added natural gestures.

One of the most notable changes in EMUI 11 is the multi-window and split-screen feature. The application’s pop-up window was named Smart Multi Window and can be opened or minimized at the right time (active applications are shown in the side menu), and a special gesture has also appeared that allows you to launch the function. The window itself has an arbitrary shape, and the user can adjust its size. 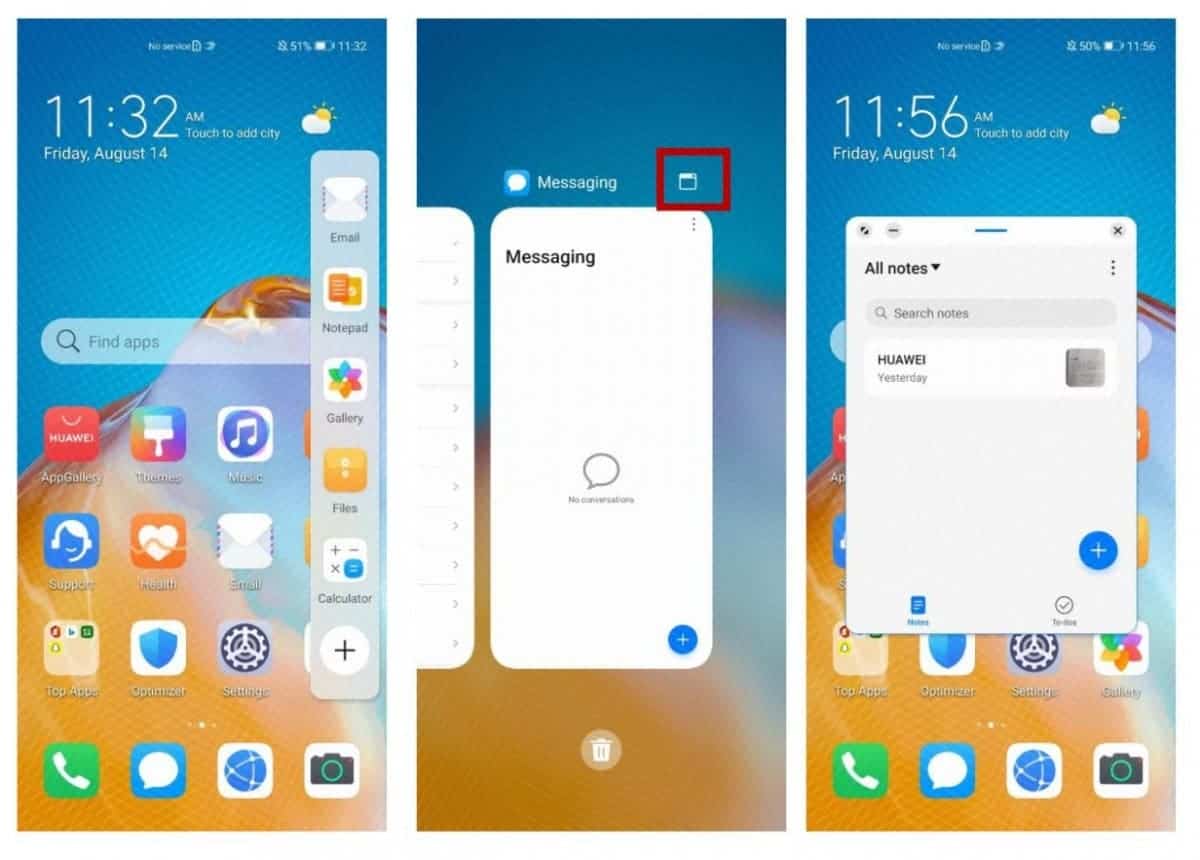 For some, the app permission feature has become a welcome feature. Now the application in the background does not have access to the camera or microphone. Only if it works. Safety is paramount here. App permissions are issued in the same way as in stock Android, you can set them for all cases or only when the application is running. The system also monitors the work of utilities in the background and notifies if they are using any rights. In the settings, it is possible to monitor the access of the applications.

Another addition – when sending a photo to other devices, the system will delete the EXIF ​​information automatically from the file. The other person will not be able to see the time and place stamps, or other information about the photo. The gallery now has the ability to open individual albums and expanded the number of AI algorithms for organizing images into folders. Changes have also taken place in notes, where you can now add passwords to individual entries, hide them if necessary.

Huawei EMUI 11 is coming to more than 50 devices

Dr. Wang Chenglu introduces EMUI 11 with a refreshed look and features that put you at the heart of the digital experience. #HDC2020 pic.twitter.com/318B1bCsf9

Previous AutoDraw - Now You Can Draw Anything Without Corresponding Skills

Next Samsung starts shipping One UI 2.5 update for the Galaxy Tab S6