After a series of leaks and rumors, Facebook has finally revealed its next-gen Oculus Quest 2 VR headset. As expected, the second iteration of the headset brings improvement in all the possible scenarios. The new generation brings lighter weight, higher resolution, better ergonomics, and of course, 90Hz support. From technical specs to pricing and availability, here is everything you need to know about the all-new Quest 2 VR headset.

The all-new Oculus Quest 2 teases more performance under the hood thanks to the Qualcomm Snapdragon XR2 platform used in it. The chipset is paired with a large 6GB of RAM which is a significant improvement over the previously used 4GB config. The base variant will offer 64GB onboard memory while the top model packs in a massive 256GB built-in storage.

Apart from performance, the Quest 2 also brings improvement in the display department. We’re looking at an 1832 x 1920 pixel resolution per eye. This upgrade results in 50% more pixels than the predecessor which is a pleasing improvement. Sadly, there is no information on whether the panel used is OLED or LCD. Another key upgrade is the support for 90Hz while the current sub-optimal refresh rate is 72Hz.

Oculus Quest 2 also brings a lighter form factor with its weight measuring at 503 grams instead of the 571 grams in the predecessor.  The Quest 2 features a soft cloth head strap for an added comfort. It also comes with four tracking cameras placed on the front and two Oculus Touch motion controllers. The Quest 2 cam be used for a high-powered PC VR experience apart from the Quest Link accessory. 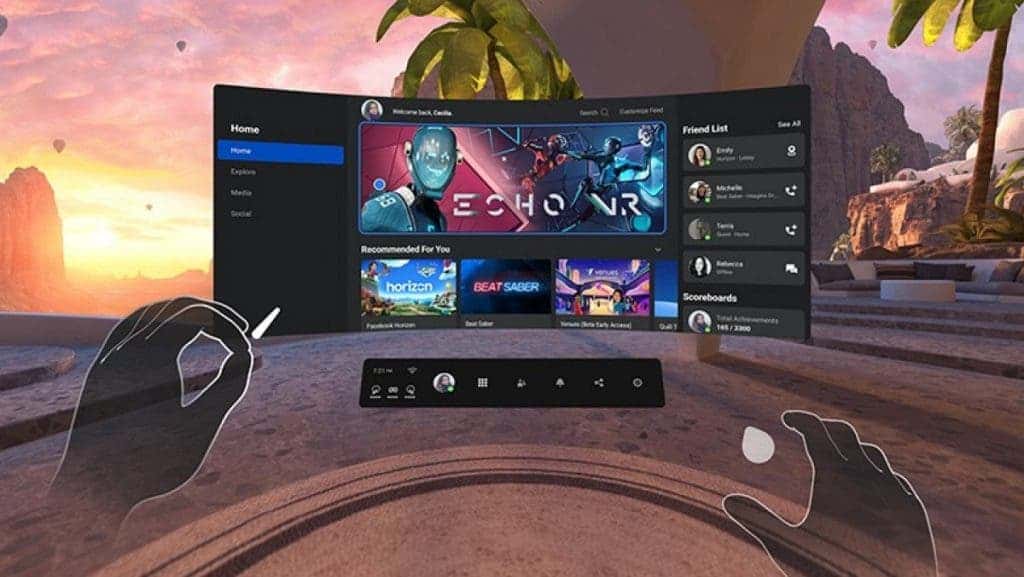 You can also use the VR headset as a standalone. Oculus Quest 2 also comes with something called Oculus Insight tracking. Sadly, the information regarding this remains scarce at the moment. There are also some additional accessories that you can pair with the headset to improve your overall experience. Unlike previous-gen offerings, users will now need to use the Facebook sign-in which has already been a subject of various controversies.

With Oculus Quest 2, Facebook is replacing its original Quest along with the PC-tethered Rift S. Facebook has now opened up the pre-orders for the headset. Interested buyers can get their hands on the product by shelling out $299 out of their pockets. It is worth noting that the original Quest launched with a price tag of $399. While the pre-orders are now opened, the original delivery will take place starting from October 13.