As we know, Xiaomi should soon introduce the Mi 10T and Mi 10T Pro smartphones. Apparently, the Mi 10T Lite may join them later. The name has not yet been confirmed, but the source claims that this will be the name of the smartphone with the product number M2007J17G, which was listed in the FCC database.

Xiaomi M2007J17G (Mi 10T Lite) appears on the FCC certification with MIUI 12 and a 4,720mAh battery
The device could very well launch in India, as it's battery model (BM4W) has already received the BIS certification and the IMEI number is also CEIR IMEI compliant.#Xiaomi #Mi10T pic.twitter.com/2FE3UDjbsE

There is no name there, but there is confirmation that the new product will belong to the Mi brand, that is, it is not a Redmi or Poco device. From the details, so far there is only a battery capacity – 4720 mAh. This is slightly less than the Mi 10T and Mi 10T Pro, but only slightly. How much the new product will be cheaper and is not yet clear.

Xiaomi Mi 10T and Mi 10T Pro should not be smartphones in the company’s lineup. There is a chance that the characteristics of the new devices will surpass many current devices in their price range. But what price bracket are they targeting? There is a preliminary answer regarding the Xiaomi Mi 10T Pro. 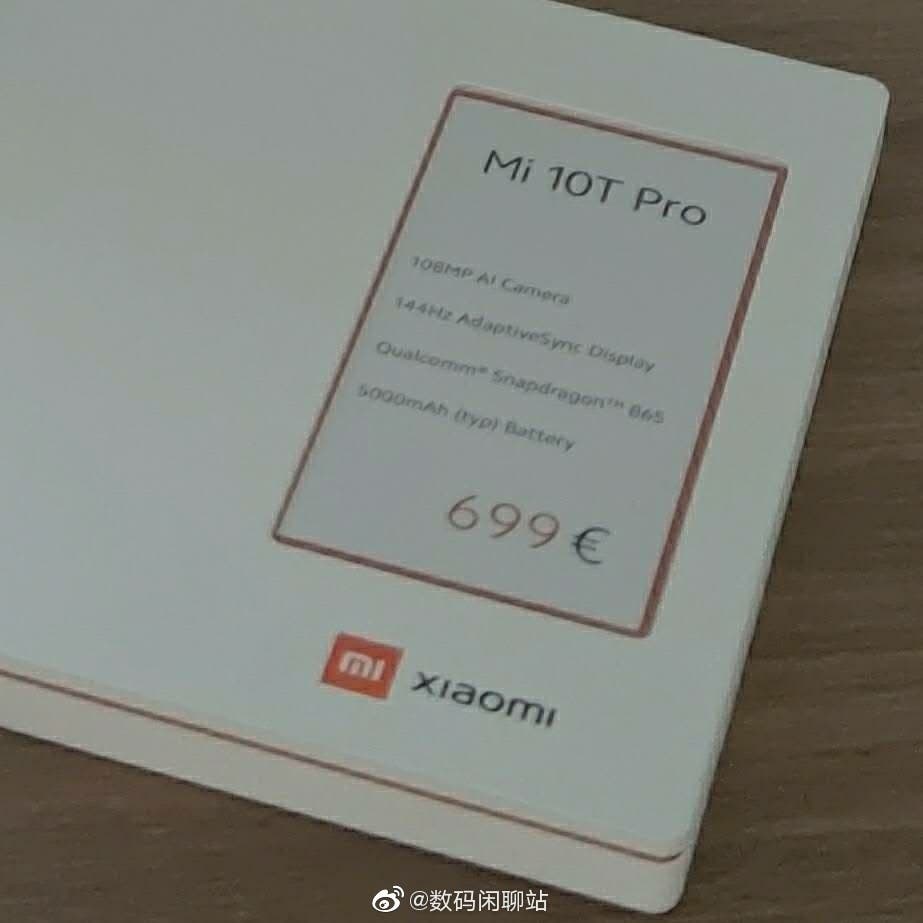 Another leak has occurred, which was shared by the well-known and authoritative insider Ice Universe. It is reported that the Pro version will be based on the flagship Snapdragon 865 chip, will offer a 144 Hz display with an adaptive refresh rate, a 5000 mAh battery, and a 108-megapixel sensor will act as the main sensor in the main camera. But the most important information – the price tag will be 699 euros. It is for this price that the company intends to sell Xiaomi Mi 10T Pro in the European market.

The $822 price tag is hardly attractive for a large number of fans of the company. The smartphone will not be cheap at all and will be more expensive than its predecessor. This is now the flagship level. Recall that Xiaomi Mi 9T Pro came to the European market in 6/64 GB and 6/128 GB versions, for which they requested 323 and 354 euros, respectively.

In addition to the Pro version, the company will also present the Xiaomi Mi 10T, which is credited with the Snapdragon 865 processor, 6 GB of RAM and a 128 GB flash drive, as well as a triple rear camera with a 64-megapixel main sensor.