Samsung unveiled the Galaxy Note 20 series in the last month. One could think that company is pretty much done with its flagship plans this year. However, if you’ve been following the rumor mill, you probably have heard about a new Galaxy S20 Fan Edition coming with refreshed specs and a more affordable price tag. Well, today the South Korean is finally revealing the Galaxy S20 FE in both 4G and 5G flavors. This is a competitive flagship bringing some premium specs like a 120Hz OLED display, Powerful cameras, and a capable battery.

If you’re familiar with the Galaxy S20 specifications, then, the S20 FE will not bring more than incremental upgrades and an affordable price tag. Under the hood, the Galaxy S20 FE 5G packs the Snapdragon 865 SoC, the same chipset found on the original S20 family. When it comes to the 4G variant, we have a Exynos 990 SoC on its LTE-only flavor. Both versions are paired with 6GB of RAM and 128GB of Internal Storage, but we also expect a 256GB option to appear later on. You can also expand the storage amount via a microSD card. 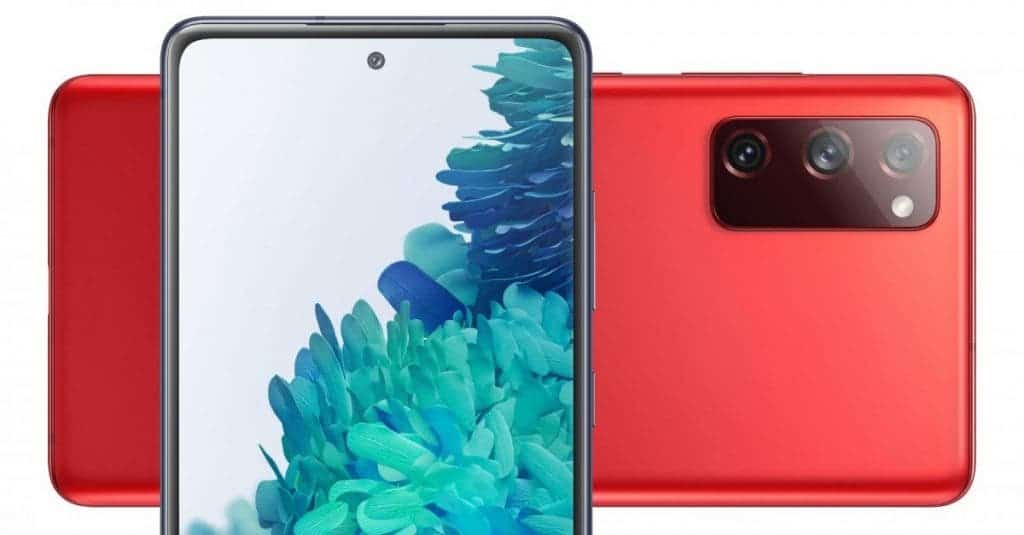 The specifications are built around a 6.5-inch Super AMOLED display with FHD+ resolution with 120Hz refresh rate and HDR10+ support. The panel also serves as a house for a center aligned punch hole housing a 32MP selfie snapper and there’s an in-display fingerprint scanner. Moving around to the back, we have a Quad-Camera array comprising a 12MP 1/1.76″ sensor plus Dual Pixel AF. This module also boasts Optical Image Stabilization. We also have an 8MP telephoto camera with OIS offering up to 3x optical zoom and 30x Space Zoom. The third module is a 12MP ultra-wide camera. As you can see, the 64MP module is gone, therefore, don’t expect the 8K recording capabilities here.

The phone draws power from a rather large 4,500mAh battery with 25W fast-charging. Unfortunately, Samsung was not kind enough to include a charging brick with more than 15W. So, you’ll have to buy a more capable charger separately. Other features include fast wireless charging and reverse wireless charging. We also have AKG-tuned stereo speakers with Dolby audio technology, so expect a pleasant experience while watching movies or hearing music.

The 5G flavor of the handset will work on sub-6 networks, but the US is also getting a variant with mmWave support. The 4G variant comes with the LTE Cat. 20 modem so it can reach download speeds of up to 2.0 Gbps. Another interesting feature is seamless Wi-Fi 6 support.

The new handset is available in the following colorways – Cloud Orange, Cloud Lavender, Cloud Mint, Cloud Navy, Cloud White and Cloud Red. Not all colors will be available depending on the market.

Next Why Doesn't VIVO WATCH Come With A Call Function?