After launching its affordable Pixel 4a LTE version, Google is working on the 5G version as well as the next-gen flagship Pixel 5 smartphone. Since the last couple of weeks, we’ve been hearing a lot about both the devices suggesting that the launch is indeed getting closer. Well, we now have the launch timeline for both the devices. Just like with most Pixel leaks and tips, this development is also coming from Jon Prosser.

According to a new post by notable tipster Jon Prosser, the Pixel 5 will see its official launch on October 15. The prebooking, on the other hand, will kickstart from September 30. The fifth-gen device will arrive in two color options namely Just Black and Subtle Sage. While Pixel 5 now seems to have a somewhat concrete launch timeline, the same is not the case with Pixel 4a 5G version.

They made an oopsie with the 4a 😂👇

Pixel 4a 5G (Clearly White)
– Delayed to 2021 😂
(Will most likely be canceled altogether) pic.twitter.com/Qh4L0TZ3Ry

The Pixel 4a 5G, on the other hand, will not see its official launch until November. The Just Black version of the device will see its official launch on November 19. The prebooking will kickstart on September 30. The Clearly White color variant is sadly delayed to 2021. With this new development, there is a solid chance that it might get canceled eventually.

As mentioned earlier, we’ve been hearing a lot about both the Pixel devices for the last couple of weeks. According to a new recent report, Pixel 5 will arrive with a Snapdragon 765G chipset with 128GB built-in storage. It will arrive with a price tag of $700. In another leak, Pixel 5 recently surfaced with the Mint Green color option. 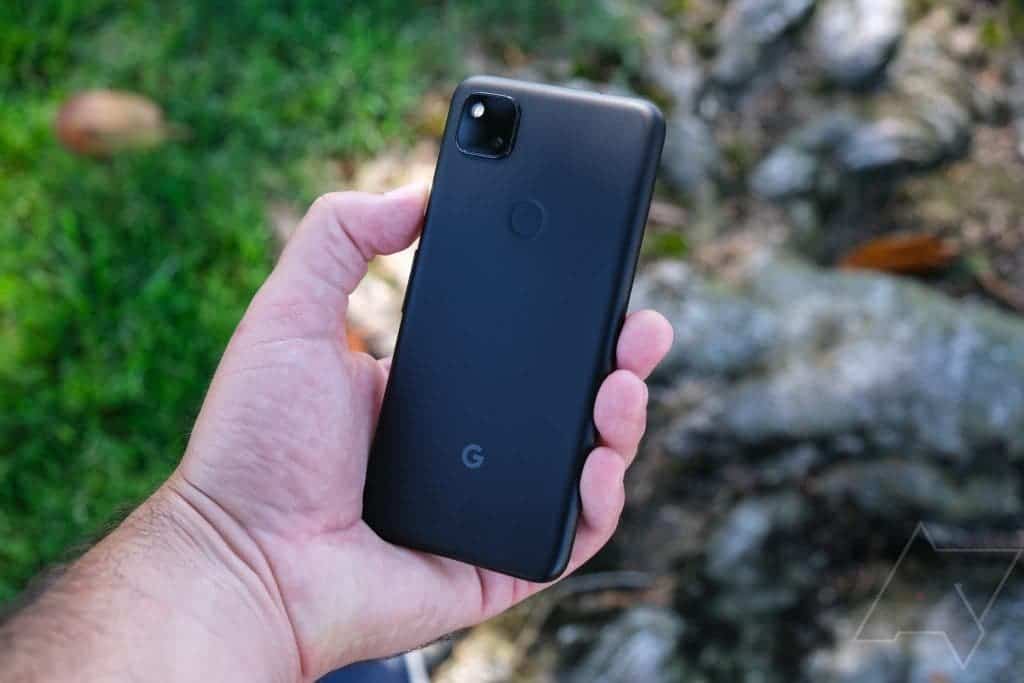 To recall, the smartphone will arrive with a 6-inch FHD+ display having a standard 60Hz refresh rate. The device will come with a massive 8GB RAM along with an 8MP selfie shooter housed inside the notch. On the rear, there is a dual-camera module featuring a 12.2MP primary sensor and a 16MP ultrawide lens. All of these will receive its fuel from a 4,080 mAh battery that will be capable of 18W fast charging.

The Pixel 4a 5G, on the other hand, will feature a bigger 6.2-inch FHD+ AMOLED panel with a 60Hz refresh rate. The device will have the 3.5mm headphone jack, a larger 4,885 mAh battery with 18W fast charging, the same chipset paired with up to 6GB RAM, and up to 128GB onboard storage.