On September 30, Xiaomi will unveil the brand new Mi 10T series to succeed in last year’s Mi 9T series. However, this time we’re not seeing mere Redmi K rebrandings. Instead, the company will introduce original devices with flagship specs and high refresh rate displays. Today, press renders have leaked showing the phone from all angles. We also got the full specs sheet for the two handsets.

The photos and specs were posted by the very reliable Sudhanshu Ambhore. The leakster revealed images that show the phone in Black and confirms that the new phones are coming with high refresh rates and Snapdragon 865 SoC.

The vanilla Mi 10T will have a 6.67-inch IPS LCD just like a huge plethora of Redmi smartphones. However, this display brings a whopping 144Hz refresh rate. The panel has FHD+ resolution, 20:9 aspect ratio, DCI-P3 color gamut, and Gorilla Glass 5 protection.

Under the hood, the phone packs the powerful Snapdragon 865 SoC alongside 8GB of LPDDR5 RAM and 128GB of UFS 3.1 storage. That’s an impressive package of specs. It draws power from a 5,000mAh battery complete with 33W fast-charging. Not the fastest of standards, but a very satisfactory one. 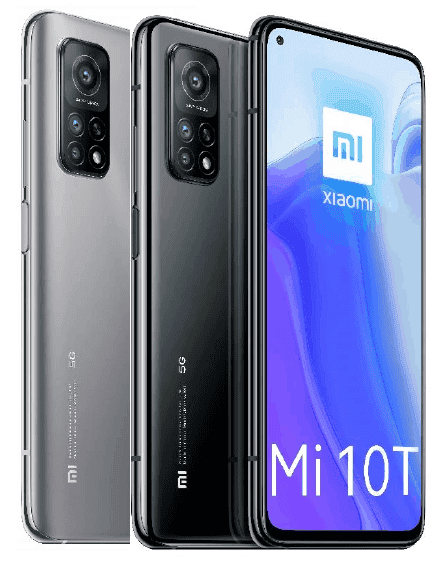 The 10T will bring a Triple Camera setup. It comprises a main 64MP shooter paired with a 13MP ultrawide angle camera and a 5MP macro camera. The back is covered with a layer of Gorilla Glass 5. Since this phone uses LCD technology, the fingerprint scanner can’t go inside the display. So we have a side-mounted fingerprint scanner instead.

The phone also brings stereo speakers with Hi-Res Audio, Dual-Band Wi-Fi, NFC, and Bluetooth 5.1. The phone unfortunately lacks an audio jack, but we still have an IR blaster at the top. The phone will reach the market in Black and Silver colorways. It’s a heavy device with 218 grams.

The Xiaomi Mi 10T Pro 5G also has a 6.67-inch FHD+ LCD panel. It brings the very same 144Hz refresh rate and a punch hole that serves as a house for a 20MP selfie snapper. It brings the same Snapdragon 865 chipset with 8GB of LPDDR5 RAM. One of the big differences is that times users can choose between variants with 128GB or 256GB of UFS 3.1 storage. 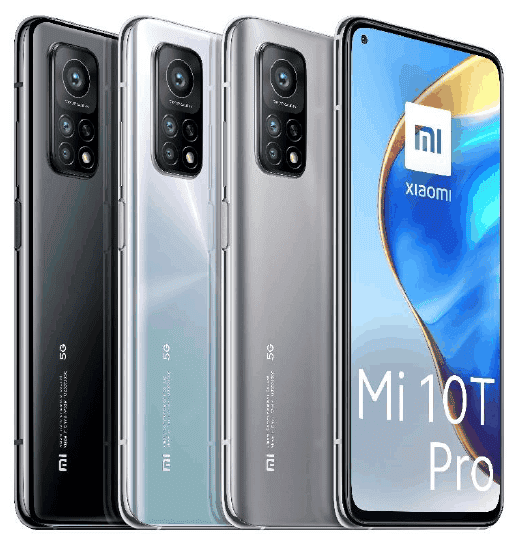 The Pro gets its name due to a more advanced camera setup. It swaps the 64MP snapper for a 108MP shooter with OIS. It also has the same 13MP ultrawide and 5MP macro lens.

The phone also has stereo speakers, a side-mounted fingerprint scanner, NFC, and IR blaster. It draws power from a 5,000mAh battery with 33W fast-charging and will be available in three colorways – Black, Blue, and Silver.

Previous Get the ELEPHONE R8 smartwatch discounted to $39.99