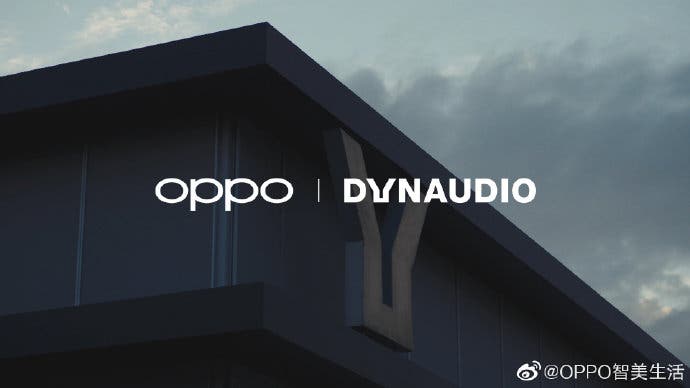 Previously, the company said that the OPPO Enco X true wireless noise reduction headphones will cooperate with Dynaudio as well. The redesigned Dynaudio logo will be printed on the shaft of the earphone charging box. Now, it turns out that the first OPPO smart TV will also come with this technology.

If believing Wikipedia’s information, Dynaudio is a Danish loudspeaker maker, founded in 1977. Dynaudio builds speakers using only their own drivers. It has a subsidiary called Dynaudio Acoustics that focuses on professional studio monitor loudspeakers. Dynaudio speakers are installed in more than ten thousand recording studios worldwide and have been chosen as reference monitors by BBC Radio & Music. Dynaudio has been the OEM audio supplier to Swedish automaker Volvo Cars Corporation and is today the supplier for German automaker Volkswagen. Volkswagen vehicles followed Volvo by employing Dynaudio as its OEM speaker maker, but not all Volkswagen models come equipped with Dynaudio Sound Systems.

It is worth mentioning that the OPPO Smart TV products are reported to come in two sizes of 55 and 65 inches. Also, they will have a full screen of 120Hz quantum dots. But at present, the OPPO Smart TV has opened an appointment on JD.com. There are three models: R1 55-inch, R1 65-inch and S1 65-inch.

Previously, two new TV products under OPPO passed the national 3C certification in late August, including 55-inch and 65-inch products. OPPO Vice President and President of China, Liu Bo said in a letter to partners in China released on the October 7 that OPPO’s first smart TV product will soon meet with consumers, and the next-generation Find series models are expected to be the first next year.